Posted in MusicWorld on March 11, 2011 by Drew Kennedy 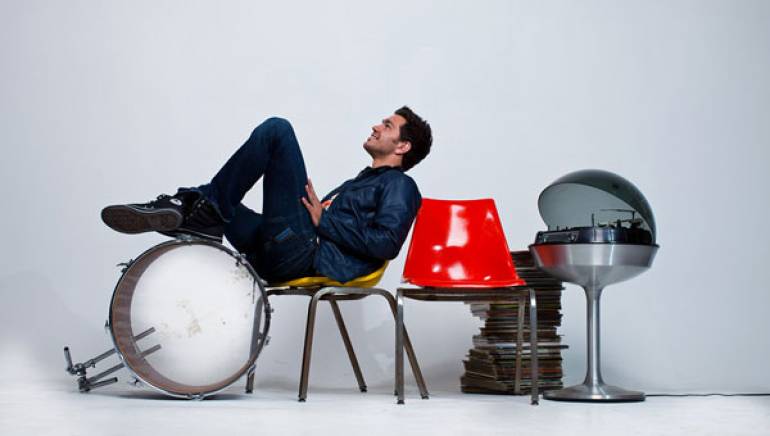 Holding the attention of an audience is one thing that Andy Grammer knows how to do. It’s a skill that he had to master. That’s not to say it’s something he merely strove for: He literally had to master it in order to put food on his table and a roof above his head as a street corner busker in Santa Monica, California. It was there among the thousands of passer-bys that the young songsmith, now poised to become the next breakthrough American pop success story, was discovered.

“The street will tell you how good you are—they’re not your friends or your family or anything… they’ll just walk away if they don’t like what you’re doing,” says Grammer. “Busking was really heard, but it was the best thing that ever happened to me.”

His pedigree began to take shape at an early age as he watched his father, Grammy-nominated children’s songwriter Red Grammer, claw his way through the rough and tumble music business. Add to that the real-time education the younger Grammer was received street-side, and it’s easy to see why so many things are starting to go right for this hard-working and multi-talented musician.

“There’s this myth about the music business—that you either have it or you don’t, and if you have it, you get it,” he says. “I watched my father go out and get it through hard work. I learned early on the value of a good work ethic.”

If Grammer’s first introduction to the mainstream, an innovative choose-your-own-adventure style music video for his first single “Keep Your Head Up” (which features a cameo from Rainn Wilson of The Office fame) is any indication of what to expect out of this self-proclaimed visual thinker, his ever-growing fan base is in for a treat.

“I hear in colors,” Grammer explains. “That song is an orange/red… there are more of those, and then there are some darker colors in there too.”