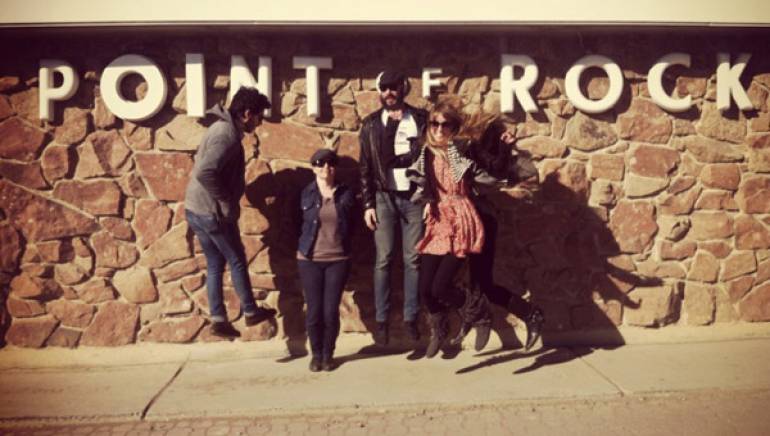 I was fittingly excited, the first time I got a chance to perform at SXSW, somewhere toward the beginning of the last decade. The fest seemed ripe with possibility for a young band – maybe you’d leave with a new label, a booking agent, something of a burst of propulsion that might tumble you toward something bigger. It’s naive, but music industry festivals seemed, at least back then, like the things that might foment change as you clomped and climbed toward a stable career.

Our drive to Austin was straight from New York, in one burst, and we arrived to our showcase tired, weird and hopeful. We had a manager, but no label or agent, and so our showcase featured a mishmash of bands that, like us, fell into the grab bag of less biz-attached showcasing acts. That band was called Come Down, and our music was moody and spacey and serious, and we expected, naively, that we’d been tossed onto a bill that vibed similarly.

The show opened with a ragged punk band called Shat. The drummer wore a diaper onstage. The guitarist, if memory serves, wore a mohawk made of a certain brand of phallically shaped rubber romance aids. They stomped a plastic babydoll in the middle of their set. As epic mismatches go, it felt considerable. The band was also engaging and talented, and really nice. We didn’t leave that showcase with any new business connections, or, likely, any new supporters, since the crowd was dotted with Shat fans, and, well, spacey and sensitive didn’t seem to be their preference. But we had fun, and took a good lesson: SXSW is rarely what you expect it to be, and that’s part of its beauty.

These days, artists don’t seem to head to SXSW so much with antiquated notions of pulling a big break out of several days of frantic showcasing. It feels more like the industry conference that it actually is: Labels, agents and managers show off what they’re working with in the coming year; biz-associated attendees leave with a broad overview of what’ll be littering their inboxes in the months to come.

Still, it’s an invaluable annual pilgrimage for music lovers – between day parties, showcases and late-night shows, you’ll easily pack dozens of set viewings into a day. Even if you live in New York, it’d take months to funnel that much live music into your brain. In smaller markets, good chance you’d all-out miss a major portion of those acts. You leave SXSW now, as always, with a busy and broad picture of what’s being created, promoted, pushed and shoved onto stages and blogs and radio stations. You leave, too, with a solid low-budget hangover and a few extra pounds of free-burrito weight. And even if, as a performer, you don’t leave the annual Austin festival with any kind of notoriety burst, you leave stage-limbered – having hopped from clubs to random impromptu stages several times a day, consistently post-frantic line-check – and you leave having been part of the conversation of what the live music landscape is that year.

I’m crowded in a van right now, like hundreds and hundreds of other musicians, headed toward Austin to play a bunch of sets on a bunch of SXSW stages. My band, The Mynabirds, has a new record coming out via Saddle Creek on June 5, called Generals. We’re out showing off these new songs for the first time live, and it’s exhilarating, if a bit scary, to jump into the SXSW fray while we’re still smoothing stray hairs. But we’re excited, in part because it’s also something of an indie-rock summer camp, where friends you make while wandering the country’s circuit of clubs come together again in one place. But also because the festival’s unpredictability remains. With thousands upon thousands of people who love music enough to make it their livelihood crowded into one city, there’s always the possibility of experiencing something thrilling, something energizing, something wholly bizarre, something that might change your view for the year as a person and musician.

And there’s the chance you may leave with nothing more than fun memories and weird stories you’ll tell your music-loving friends again and again, as the years roll on, as SXSW time rolls in again.