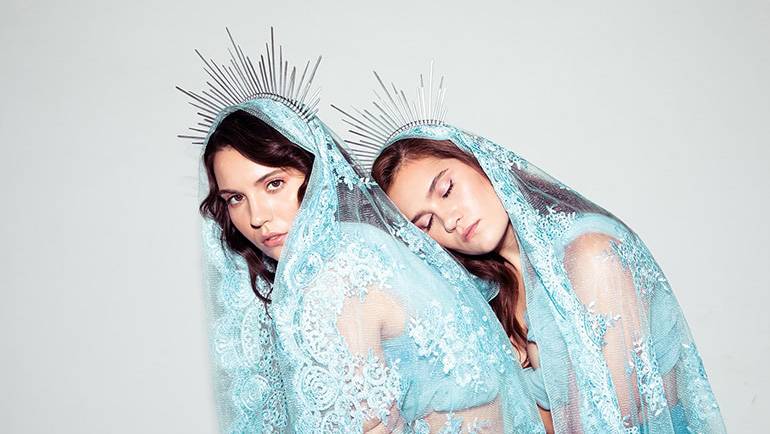 Despite having already built of a loyal and vocal following over the course of three albums, sisters Lily and Madeleine Jurkiewicz – a.k.a. Lily & Madeleine – felt a change was in order. Uprooting from their native Indianapolis and moving to New York City, the sisters decided to write their fourth album entirely by themselves, wanting complete ownership of the music and the message. Recruiting Daniel Tashian and Ian Fitchuk to producer, the team behind Kacey Musgraves recent GRAMMY-award winning Golden Hour, they recorded the album, Canterbury Girls, in only ten days. The end results retain the duo’s lyrically assertive style – addressing the travails of emotional baggage – but arrive with more self-confidence and musical poise than ever before. As outspoken pop that embraces a multiplicity of styles, Canterbury Girls finds the band finding both its voice and its stride. See more about BMI at SXSW.