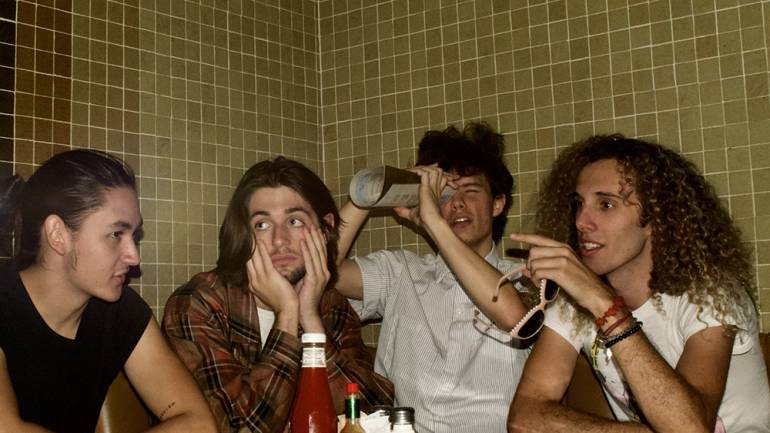 Already renowned for their rambunctious live performances, Los Angeles-based band LIILY is swiftly dispelling the rumor that guitar-based rock is in some form of sleepy decline. LIILY’s taut brand of high-octane, high-energy rock has stormed digital platforms, racking up over one million streams on Spotify with the single “Sold,” and garnering over 700,000 views of the video “Toro.” Their frenetic live show landed them a month-long residency at the Echo in LA over January, and bookending their SXSW appearance, they are touring with The Glorious Sons and then playing the Shaky Knees Festival in May. Their mission is simple: “If we knock people out,” says guitarist Sam De La Torre, “we’ve done our job.”