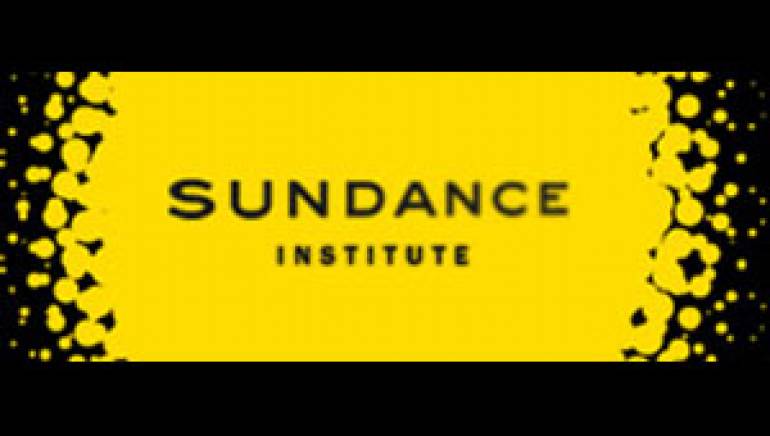 Six composers have been selected as Fellows for the Sundance Composers Lab, currently underway at the Sundance Resort in Utah. The 2011 Composers Lab Fellows are Fabian Almazan, Kristen Baum, Michael Cudahy, Philip Klein, Luke Rothschild and Jacob Shea. During the two-week lab, Fellows participate in workshops and creative exercises under the guidance of the industry’s leading film composers and film music professionals.

The Composers Lab Fellows also collaborate with filmmakers from the Sundance Institute Feature Film Program to explore the process of writing music for film and to create accompanying scores for scenes shot during the Feature Film Program’s Directors Lab. The program aims not only to give the composers first-hand experience working on film music, but to give the directors insight into the process as well.

“The music in a film is an incredibly important part of the storytelling, and there are very few opportunities, without the pressure of production, for composers and directors to learn how to work together,” says Peter Golub, Director of the Sundance Institute Film Music Program. “The Composers Lab gives emerging composers and filmmakers a creative haven to experiment and collaborate on creating a musical score for a film.”

“BMI is proud to have been a part of the Sundance Composers Lab since its inception,” says Doreen Ringer Ross. “The work that occurs during the lab is a unique artist development forum for film music. It’s a vital program for the film music community.”

BMI builds on the mission of the Sundance Composers Lab at the Sundance Film Festival in January in Park City, Utah, where they produce a composer/director roundtable each year supporting BMI composers who have scored films in the festival as well as their filmmakers.

The composers selected for the 2011 Sundance Composers Lab are:

Fabian Almazan
Fabian Almazan was born in Havana, Cuba in 1984 and fled with his parents as political exiles in 1993. He studied piano with Conchita Betancourt and went on to join the exclusive Grammy Band High School Combo, then moved on to New York where he studied with Kenny Barron and began composing chamber and orchestral pieces. Almazan’s compositions have won numerous prizes, including Cintas Foundation awards. For the last four years he has been pianist for Terence Blanchard’s quintet and recorded and toured extensively throughout North and South America, Asia and Europe. He recorded his first CD as leader, Personalities, which is scheduled to debut this summer.

Kristen Baum
Kristin Baum is an LA-based film composer. Classically trained as a pianist with a master of music in theory and composition, she has studied and worked closely with film composer Christopher Young. She wrote additional music for The Book of Eli and orchestrated for Priest and When in Rome. Her scores for independent films include Kicked Out, Echo, Never Again, The Things You Lose in the Ocean, and Porcelain.

Michael Cudahy
Michael Cudahy was leader of the group Combustible Edison, who released three albums, wrote songs featured in Sex and the City and Terry Gilliam’s Fear and Loathing in Las Vegas, and opened for Bryan Ferry. Additionally, the band composed and performed the original score for Quentin Tarantino’s Four Rooms. Cudahy is known for providing a distinct and idiosyncratic, retro-tinged sound that has a solid grounding in both traditional orchestral and modern technology. He also has the dubious distinction of having set the record for the largest amount of winnings ($52,440) ever racked up by a non-winner on Jeopardy.

Philip Klein
Philip Klein is a Los Angeles-based composer, conductor and orchestrator working primarily in film, video games and television. Klein has scored several feature films as well as over 30 short films, including Hangar No. 5, which won the ATAS Foundation Emmy Award for Best Music Composition in 2009 and was nominated for Best Music in a Short Film at the Úbeda Film Music Festival in Spain. Recent orchestration credits include: The Tale of Despereaux, the Oscar-nominated score for The Curious Case of Benjamin Button and 9, as well as videogames Starcraft 2, World of Warcraft: Cataclysm and Gears of War 3. Klein also actively works as a concert composer and conductor throughout the world.

Luke Rothschild
Luke Rothschild received his BFA from the School of the Art Institute of Chicago, where he nurtured a multidisciplinary approach to integrating various sonic and sculptural mediums. He composes and performs with the group String Theory, which he co-founded in 2002; the group creates giant harp installations with sculptural resonators. His music was featured in Fly Away (directed by Janet Grillo), Dispatch (directed by Steven Sprung), Jean Michel Basquiat: Radiant Child (documentary by Tamara Davis), Cat Dancers (for HBO), and While Tom Waits (short film by Scott Matthews).

Jacob Shea
Jacob Shea graduated from UCSB with a degree in composition and has gone on to work at Hans Zimmer’s Remote Control Productions. He assisted Elliot Goldenthal on Public Enemies and composed additional music for Transformers 3, Despicable Me, and the video games Prince of Persia and Gears of War 3. He has also composed music for student films MEI (Berlin Silver Bear) and Pitstop (Student Academy Award).

Sundance Institute
Founded by Robert Redford in 1981, Sundance Institute is a global, nonprofit cultural organization dedicated to nurturing artistic expression in film and theater, and to supporting intercultural dialogue between artists and audiences. The Institute promotes independent storytelling to unite, inform and inspire, regardless of geo-political, social, religious or cultural differences. Internationally recognized for its annual Sundance Film Festival and its artistic development programs for directors, screenwriters, producers, film composers, playwrights and theatre artists, Sundance Institute has nurtured such projects as Born into Brothels, Trouble the Water, Son of Babylon, Amreeka, An Inconvenient Truth, Spring Awakening, Light in the Piazza and Angels in America.