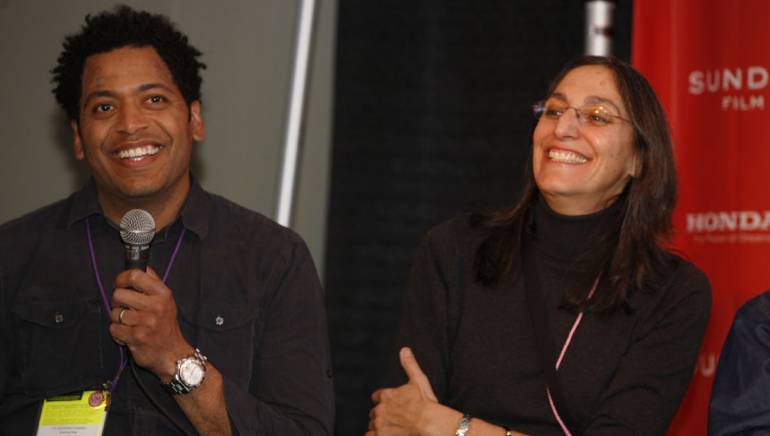 This year’s festival was even more fun for me than usual, as I had 2 films premiere in competition: Family Affair, directed by Chico Colvard, and The Fence, directed by Rory Kennedy/HBO. The Fence screened on opening night as part of a lively and well-attended shorts program, introduced by Robert Redford, who himself is a strong supporter of the short form. It was really fun to see Rory’s documentary about the politics and failures of the famously costly border fence with Mexico juxtaposed with an unusual robot-driven piece by Spike Jonze, an animated satire about US corporations by French filmmakers, and a black comedy from Sweden.

The next day, Family Affair premiered in US Documentary Competition.

This is a powerful personal documentary about Chico’s family’s struggle to overcome and heal from predatory sexual abuse and violence by their father. In my experiences, Sundance audiences have proven to be especially sensitive and receptive to documentaries that explore difficult subjects, and the way the characters in this film were received during the Q&A was tender and respectful. Some audience members tearfully recounted their own experiences which led to emotional discussions between the director, his sisters (who are in the film) and the audience. It was powerful to experience the potential this film has for outreach and healing of those affected by this kind of abuse.

In addition to my screenings and the great other films I was able to see, wonderful parties, and the business of schmoozing, the BMI programs and personnel made sure to provide welcome support and hospitality to all us composers, while keeping film music highly visible at the Festival. Doreen Ringer Ross, Ray Yee, Linda Livingston, Anne Cecere, and Hanna Pantle are always there to cheer our accomplishments and help us build on them. It felt great to receive an email from Doreen after she screened one of my films and let me know how much it moved her. 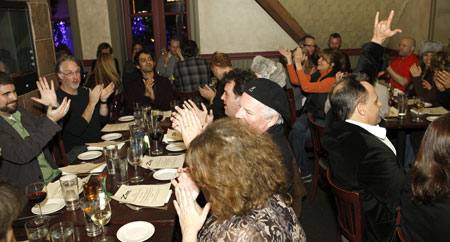 Of course all of this culminates in the annual BMI dinner at Zoom. I always look forward to this event - the food is great, the wine is flowing, and you never know whose napkin you might end up with. It’s a great experience to bring my filmmakers into our world and they really get a kick out of it. The guest list is a crazy mix of music and film people—from Hollywood to indies— veterans to first-timers, celebrities, activist documentary filmmakers, rock stars, ethnic virtuosos—you just never know who you’ll meet there. And Doreen makes sure we mingle by making us change tables after every course. 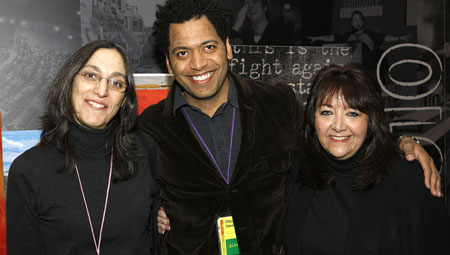 This year they changed the schedule and the dinner was held the night before the Composer/Director Round Table at Kimball Art Center. As I was one of the participants in the Round Table this year, I was still feeling the effects of the flowing wine in the morning. Judging by appearances, I wasn’t the only one, but true to composer form, we all rose to the occasion and the panel went really well. I for one enjoyed hearing from all the other directors and composers with films in the festival, as well as some seasoned veterans, and am already looking forward to Sundance 2011.