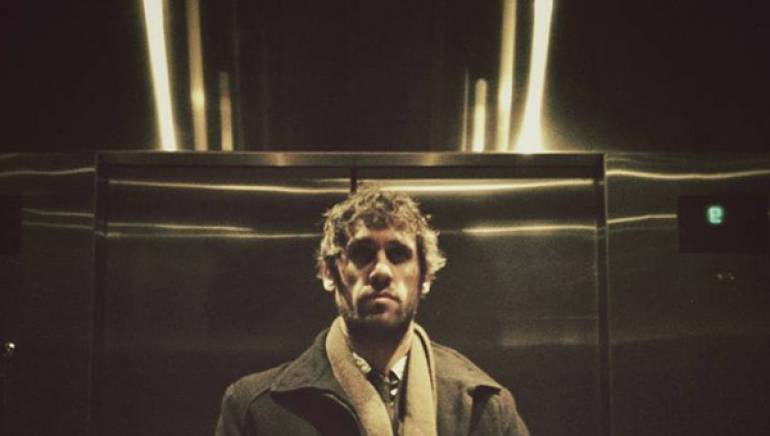 In doing any kind of writing or speaking that is addressed to anyone besides myself, I endeavor to have a semblance of an over-arching thesis to focus my words and hopefully make them worthwhile. However, at 10am on Saturday morning, staring out from my hotel room onto the expansive snowscape rolling out underneath my window, my mind reeling from the night before, ears still ringing from the small club where the after-party for a film I scored, The Spectacular Now, was held, body dehydrated and still acclimating to the altitude, I’m going to just chronicle the journey here and hope that something interesting may be gleaned by the reader.

It was early December and I had just finished scoring The Way, Way Back, a great film written and directed by Nat Faxon and Jim Rash. I had a wonderful scoring experience with them and the producer team; I was excited for the film and looking forward to having a holiday later in the month with family, in addition to getting out of LA for a bit. We were dubbing The Way, Way Back and doing some last-minute score tweaks. I remember the general consensus that it was probably going to premiere at Sundance, but as usual, confirmation was floating in the aethers and not solid yet; no changing holiday plans or booking accommodations in Park City just yet. I was just taking satisfaction in a completed job, happy filmmakers, and not thinking too hard about Sundance. I will find out when I find out.

Background: Since I started working in LA, I began going through the process of having my expectations and hopes at times painfully readjusted to the reality of things. What once was frustration and deflation over things not going the way I hoped had slowly transformed into the acceptance and relinquishing of expectations; the knowledge that once I am done with my job, the fate of the film is out of my hands. To put (and especially talk) too much on potentials and what ifs can be a dangerous game. What will be will be. All I have to do is focus on doing the best work I can for the job I’m on.

So back to the fuzzy timeline: We’re finishing The Way, Way Back. The phone rings. It’s an opportunity to screen a film that’s looking for a composer.

I watched the film. I loved it. I met and loved the filmmakers. Awesome director/musicphile James Ponsoldt was bright eyed and enthusiastic about what we could do with this score, as was I. There was a fantastic producer team in place and a dynamite duo of music supervision in Season Kent and Gabe Hilfer. We’re short on time but it’s definitely doable. I’ve seen much worse.

Within 48 hours of being introduced to the film, I was hired. Might be the fastest hire in my work history. A Sundance premiere was also likely for this film. Maybe I should buy a warmer jacket, I thought. Also, goodbye holiday.

Soon came the confirmation of Sundance premieres for both films. Amazing. Two films in the fest? So great. But definitely no hope of any added time to work on the score for Spectacular. We were locked in. And I should start thinking about out where to stay during the festival, how long to go for, etc. Also trying to explain to family why I really won’t be around for the holiday this year—a conversation often had my life. But I’m excited for these films.

Luckily, themes/textures/motifs on Spectacular came quickly, as did approvals. It doesn’t always work this way, but I was extremely thankful that the ship was moving in the right direction, especially in light of the added fun of many of the producers being away in remote holiday destinations with insufficient/spotty internet.

During the break, filmmakers were approving cues on their iPhones. (I pleaded with them to keep a good pair of headphones with them.) Later, one of the producers told me he had to walk 100 yards from where he was staying and stand in the middle of a frozen field with his phone held up in the air in order to download the emails with the QuickTimes in it. Modern film scoring at it’s best!

But it worked. Everyone chimed in. Courses were corrected and adjusted, cues approved. We were definitely coming in hot, but it was good. Everyone was happy.

We finished the mix a week or so before the premiere at Sundance. And there it was. All of a sudden, done. Everything was locked and loaded. I still didn’t have a warm jacket, though.

The evening before I’m scheduled to leave, I rush out to find something warm. (Park City at night is averaging 10°.) I find one and in a couple hours I’m finally set and ready to leave the next morning. Ready for anything.

Sundance is a little tricky, for me the key is to just be flexible. There’s a fine balance of far ahead planning, medium distance planning, and last minute planning. I like to keep it loose, allowing the unfolding threads of new acquaintances, minute by minute texts, and run-ins around town to dictate my schedule. It hasn’t failed me yet. Keeps it spontaneous, which is where I think one maximizes the experience of living.

So I arrive to the festival, armed with my warm jacket, full of excitement and devoid of expectations. And it begins.

Last night was a stellar premiere for the first film I have in the fest: The Spectacular Now. It’s being very well received and it was fun to celebrate with the filmmakers and cast/crew last night (most of whom I have only known for a little over a month). Monday we will premiere The Way, Way Back. More excitement ahead.

The saying “hope for the best, prepare for the worst” is one that I’ve often found very helpful in life, especially in this business. So far during this fest, there have been many awesome things buzzing for both films, but I still constantly manage my expectations. I love both these films and am excited to have them shared with the world. I’m excited for meeting new filmmakers who I may connect with, for fun parties and running into friends new and old. But I’m prepared for anything. And the most valuable tool in my chest of preparations? Socks. Smart Wool socks ‘cause feet get cold following the dictates of the moment, standing in lines, and walking a mile in the freezing night. And on the suddenly shifting seas of Sundance, the one thing you want through it all is warm toes.