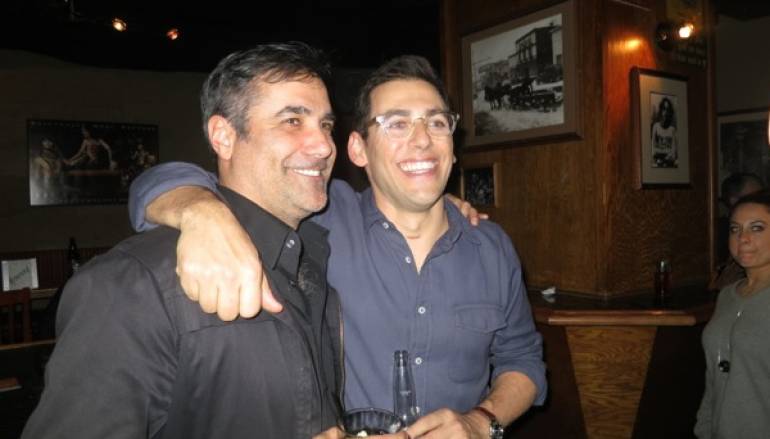 It was my fourth pilgrimage to Sundance. After months of obsessing over score rewrites and picture edits, what a blessing to end up here, surrounded by film lovers and a crop of great films from all over the world.

We came for the premiere of our film A.C.O.D. (Adult Children of Divorce) and the freezing temperatures amplified the opening night jitters. Our first-time director Stu Zicherman, who by now is like a brother, stepped up to the podium. It was a thrill to see his dream finally come to fruition. He and his writing partner, Ben Karlin, have known each other since they were boys and worked on A.C.O.D. for nine years. When the lights went down, there was no turning back; this was the version of the film that would go out into the world…

It was a great relief to see all the jokes begin to land and to hear genuine laughter throughout the Echols Theatre. The reason we were there became obvious: It was the cast—Amy Poehler, Jane Lynch, Catherine O’Hara, Adam Scott and Richard Jenkins—and their timing and presence on the big screen. A comedy could not be in better hands than these. When the credits rolled, I realized that this was the real moment for the filmmakers, before the reviews, the tomatoes and marketing strategies. It was this connection, with a room full of people who matter, that we all worked for.

I couldn’t have asked for a better ending to such a long journey, but then we stumbled into the BMI tent at the exact moment when Percy Sledge began to sing “When a Man Loves a Woman.” When he was done, he said, “I’m just like that rabbit with the drum. I just keep going and going.” Amen, Percy.