Posted in MusicWorld on February 5, 2009 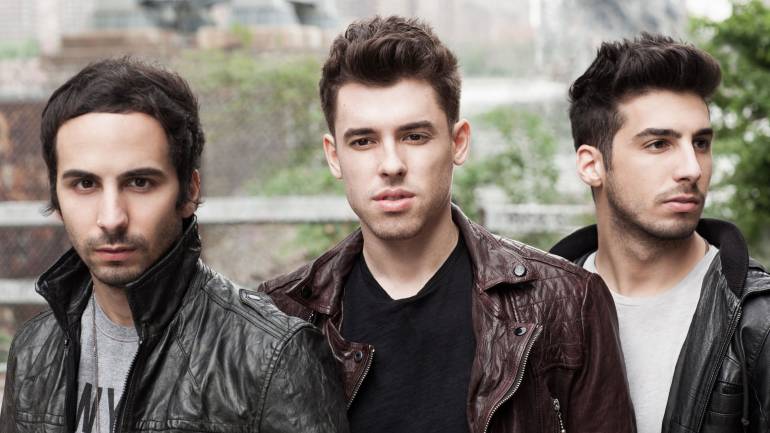 How did New Jersey based band Cash Cash finally score a record deal with Universal Republic after years of trying to get signed, and years of getting close but just short of the cigar? The band’s Jean Paul Makhlouf attributes their recent success to finding that essential difference.

As The Consequence, singer/guitarist Mahklouf and singer/bassist Samuel Frisch “were writing your average power pop and alternative songs — real safe. People always thought we were a good band, but didn’t have that ‘x-factor,’” says Mahklouf. After he recruited his brother Alex to play keyboards and drummer Anthony Villacari, the new lineup “just decided to record a whole new batch of songs, and forget everything we knew and all our old techniques and do something completely new.”

With a sound that draws from 1970’s funk, ‘80’s power-pop and ‘90’s alternative, the group found a sound that worked. When their song “Party in Your Bedroom” started getting spun on the sound system at Pete Wentz’s New York City club AK-47, the buzz it stoked at the music business hangout prompted labels to finally come calling.

With a name change to Cash Cash — after the title of one of their songs — and an introductory EP behind them, the band wanted to make sure their debut album, Take It to The Floor, was strong from start to finish. “The biggest thing about our new record is that the inspiration was to be different for every song, and dress each song differently,” explains Makhlouf. “We always hated buying CDs and having every song sound alike with the same instruments. We try to cater to the individual songs. Each song has its own sound, but they’re all unified by the band and the songwriting.”