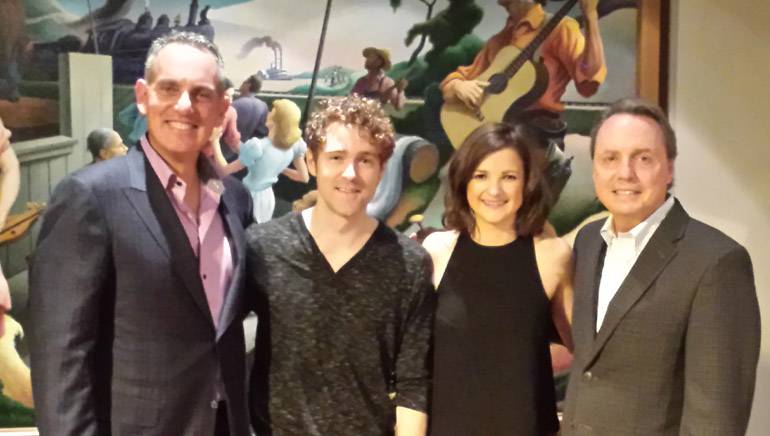 Striking Matches gave a fiery performance for BMI executives capping off a Company meeting last night in Nashville. Their high energy performances of songs off their T Bone Burnett-produced debut album, Nothing But The Silence, left everyone in the crowd knowing why such a renowned producer took them on and why they’ve already had an incredible eight songs placed in the TV show, Nashville. Check out the music of Striking Matches—Sarah Zimmermann and Justin Davis– here.