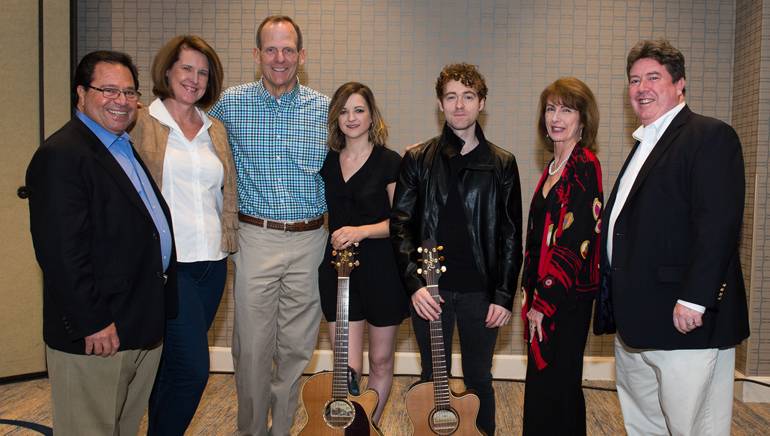 For more than 20 years, BMI has provided musical entertainment for the annual meeting of the Media Financial Management conference, and this year was no exception.

Capitol Recording artist Striking Matches, comprised of Justin Davis and Sarah Zimmermann, performed at Media Finance Focus 2017, held recently (5/22-24) at the Hyatt Regency Grand Cypress in Orlando, FL. The BMI duo wowed the large audience of radio, TV and cable finance executives with their extraordinary guitar playing and unique catalogue of music. The group’s debut album, engineered by legendary producer T Bone Burnett, came out last year and their sophomore effort is scheduled to be released this summer. Justin and Sarah have had an impressive nine of their songs appear on the hit television show Nashville.