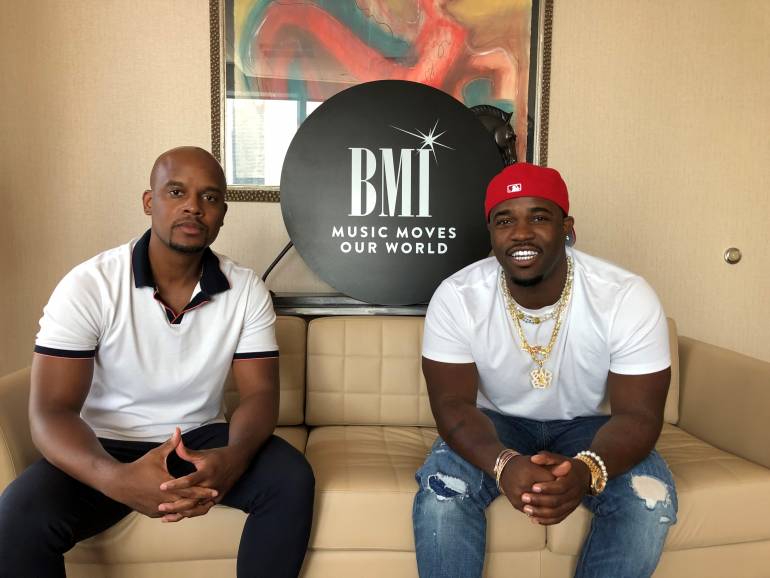 On the eve of the release of his acclaimed new EP, Floor Seats, Harlem native, A$AP Mob rapper and BMI songwriter A$AP Ferg dropped by BMI’s New York office in the World Trade Center. We quickly sat down with him to discuss his new material, his approach to making music and his advice for young artists trying to emulate his impact and success. Here’s what he had to say.

Was there a single record or single artist that immediately informed your decision to become a rapper?
[A$AP] Rocky was really pushing me to do it as a profession. And my friend Zonnie, he was the one who really inspired me to write a lot of music. He showed me the grind and the hustle to write music. We were writing sixteen, which turned into 35, 35 turned into a hundred bars. “I just wrote a hundred bars today!” He used to have all these raps in his computer. I was like, “Damn, I gotta step my raps up.” He’d hit me with like five different raps, and I’d have, like, two. So yeah, shouts to Zonnie.

What’s the story behind your new EP, Floor Seats?
So, Floor Seats basically is the floor seats of my life, giving you the V.I.P. into Ferg’s life, and what it’s like being on the floor. You know, when you’re on the floor at the game, you know it’s different from sitting in the rafters. When you’re on the floor at the game, when you go to the bathroom, it’s a beautiful bathroom. You might bump into celebrities getting food at catering with champagne bottles and things like that. It’s a very luxurious lifestyle, and it’s very V.I.P.

How do you stay creative?
I always just get inspired and do different things to kind of keep my mind moving…and just traveling and taking in different lifestyles and different cultures. That’s how I stay creative.

What’s the best advice that you’ve ever received or that you could give to up-and-coming rappers?
Well, I tell myself to be myself. Because, looking at Missy and looking at Busta, they carved out their own lanes. Even, like, David Bowie or even Diddy, the biggest people carved their own lanes.  Jay-Z wasn’t the most typical rapper, back then. But he made himself. What Jay-Z is is art. He is the businessman that speaks, that raps. He’s just always been a businessman, but he was the business man that knew how to rap. Puff? Showman! David Bowie? He was theatrical, he was a performing artist. Missy was a performing artist, with the clothes and everything like that. Busta? The same thing. These people carved out their own lanes… their own thing, and got inspired by original things. They may have gotten motivated by other artists, but they got inspired by originality.