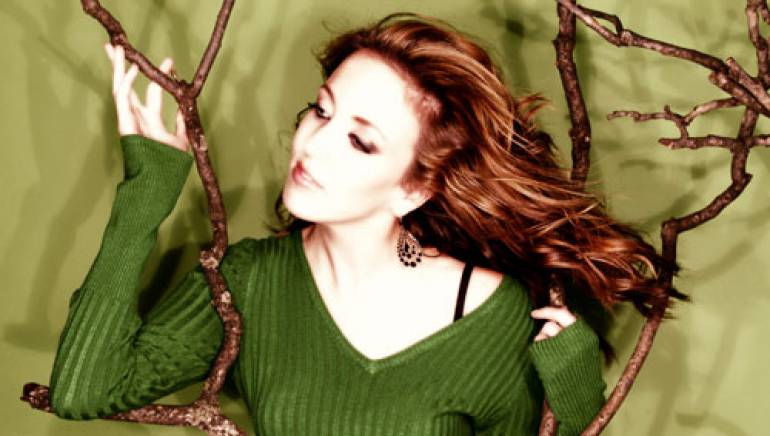 There’s something in the water around the Washington, D.C. area. From Emmylou Harris to Mary Chapin Carpenter, the nation’s capital has delivered smart, female singer-songwriters whose voices and songs enjoy a home with music fans from all genres. Stephanie Chapman, the oldest daughter of five children, considers herself lucky to not only be from the same fertile territory as these women, but also to have had them as role models for cutting an original path through Nashville’s field of dreams.

Born in a small town in West Virginia’s Eastern panhandle and raised in Round Hill, Va., Stephanie grew up with a geographic and demographic backdrop as eclectic as her father’s music tastes. She spent her childhood in the country, literally playing in cow pastures with her siblings, and grew up to earn two degrees, write for various publications, and work in the Pentagon. At the same time she was exposed to Broadway musicals and Frank Sinatra, Stephanie learned from her father to love bluegrass, Bob Dylan and Johnny Cash. It only makes sense that this amalgamation of influence, both in music and in life, would lead to a writer whose songs appeal to a wide audience. Proof of this are two different yet equally-respected artists who have recorded Stephanie’s songs, Bonnie Raitt and Trisha Yearwood.

Though Stephanie counts her happy childhood as fodder for many of the songs she writes, the road to writing songs about the human conditions of love, loss and heartache was not always smooth. A few months into her sophomore year of college, Stephanie was hit by a car while walking to campus and suffered a severely broken leg which she almost lost. While the outcome could have been much worse, Stephanie says the accident that literally knocked her off her feet changed her life. “There are people who’ve been through so much more, but for a small moment in my life I really thought I was going to die. I’ve always been sensitive to the world around me, but from then on I found myself acutely aware of the beauty and sadness in our world. Everyone deals with emotions and events in a different way; I am lucky to get to write songs about them.”

In a world where there can often be more bad news than good, the need for beautiful music is great. Stephanie’s songs seem increasingly poignant and somehow find a balance between sorrowful and uplifting; as if to say that first we recognize hardships and then we find the good in them. The voice that shares this message is uplifting too. Stephanie’s voice is reminiscent of Linda Ronstadt and her songwriting style recalls Rodney Crowell. Having shared a stage with legends like Merle Haggard and Ricky Skaggs, Stephanie’s music has thrived equally among rowdy, loyal Merle fans and the scrutinizing ears of bluegrass lovers, once again proving the constant appeal of touching lyrics sung beautifully.

Stephanie calls East Nashville home and lives with her producer/guitarist husband Nathan Chapman. She continues to write songs for herself and others and at Jody Williams Music.