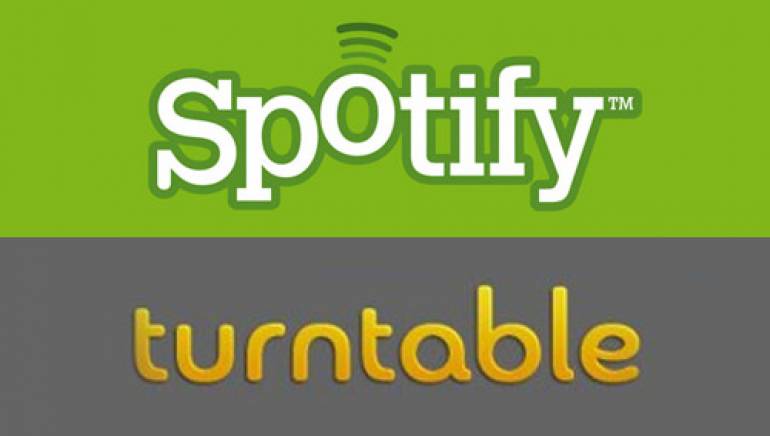 Spotify and turntable.fm are now licensed by BMI. In the agreement, the two digital music services’ public performances of BMI’s more than 6.5 million works are covered.

In an exclusive outreach to music creators, Spotify offered BMI songwriters, composers and music publishers an invitation to experience its vast library of over 15 million songs. The invitation, distributed by BMI, exemplifies Spotify’s dedication to working seamlessly with its partners during its launch in America. The 5,000 membership slots initially made available were filled so quickly that Spotify added several thousand additional slots to the offer and these, too, were filled within a few hours. Spotify is currently available in the U.S. by invitation only.

BMI tracked 1.6 billion performances on BMI-licensed websites in the last quarter alone. Thanks to this and other key revenue streams, BMI is paying more songwriters, composers and music publishers than ever before in its 71-year history.

“We are pleased to confirm that we have reached agreements that guarantee fair compensation for the more than 475,000 songwriters, composers and copyright owners who entrust BMI with their public performance right,” said Richard Conlon, Senior Vice President, Corporate Strategy/Communications & New Media. “Both agreements represent yet another step in our long tradition of breaking new ground in licensing music for digital distribution.”

Spotify and turntable.fm join Sony QRIOCITY, Cricket Wireless Muve music service and many more in the growing roster of more than 9,000 digital properties licensed by BMI. The agreements point to BMI’s commitment to fostering a marketplace that rewards innovation and the fair compensation of copyright creators and owners.

BMI was the first music company to launch a website in September 1994 and the first to license music on the Internet in April 1995. It now has more than 6,000 licensees in all aspects of digital distribution of music. The company has built the industry’s most robust infrastructure for processing copyright transactions, which last year totaled more than 92 billion, the vast majority of them from the digital space.