Posted in MusicWorld on March 4, 2008 by Rob Patterson 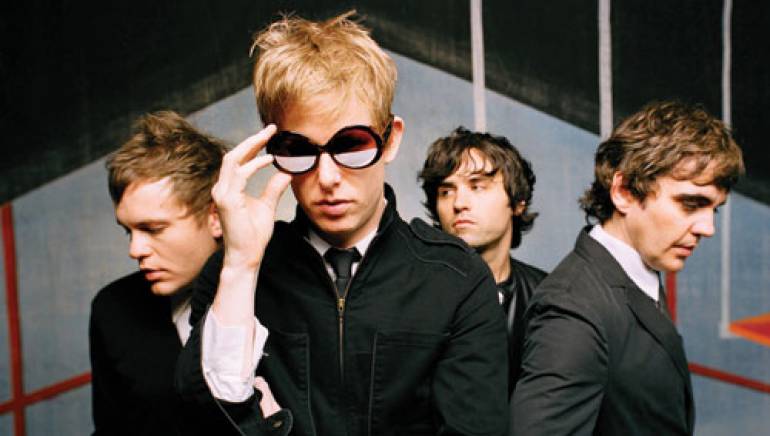 In the race for musical success, the modern rock band Spoon has been both the tortoise and the hare. And slow and steady, like the former, is what has ultimately won the race for the Austin, Texas-born act, whose most recent album, Ga Ga Ga Ga Ga, hit the Top 10 of the Billboard Hot 200 album chart the week of its release on the independent Merge Records label.

Over the course of the six years since Spoon signed with Merge, the group has risen through the sales ranks with four albums of tuneful yet angular songs with sometimes elliptical, often wry and always pointed lyrics, each release spreading the band’s audience and renown thanks to hearty critical support and frequent touring. But that was after a first stab at the big time on a major label that didn’t take.

Spoon was founded in Austin in the mid-1990s by singer, guitarist and songwriter Britt Daniel and drummer Jim Eno, releasing a local vinyl EP and playing small clubs before making a splash nationally on the Matador label with their first CD, Telephono, in 1996. A deal with Elektra resulted in A Series of Sneaks, which didn’t come even close to making the sales charts.

Back in the indie game on Merge in 2001 with Girls Can Tell, Spoon has since combined a burgeoning musical maturity with a keen creative focus to rise at a comfortable pace in the years that followed. In 2005, with Gimme Fiction, it all paid off, as the album debuted at #44 on the Hot 100 and went on to sell some 160,000 albums, a significant figure for an indie release.

Although Spoon could be aptly described as rock for the thinking class, Daniel reveals that his songwriting process, for all the praise his wordplay has received, starts with the music and a groove. “To me, it has always been about the melody and the feel first,” he says, “and then if you can have an incredible lyric in there as well, that’s the whole package.”