Clinton Sparks has been occupied recently doing work on Beyonce’s forthcoming release with “Forever To Bleed,” as well as production for Ludacris’s upcoming release, with tracks such as “Call Up The Homies” (featuring The Game and Willy Northpole) and “Mindfreak” (featuring Criss Angel). In addition, Sparks contributed to four tracks on Colby O’Donisis’ current release including the single “Don’t Turn Back.” In 2007, he produced and co-wrote “Sorry, Blame It On Me” for Akon and in the spring, he joined The Daily 10 on E! Entertainment television as the resident music expert, reviewing new releases and interviewing the world’s top music stars. 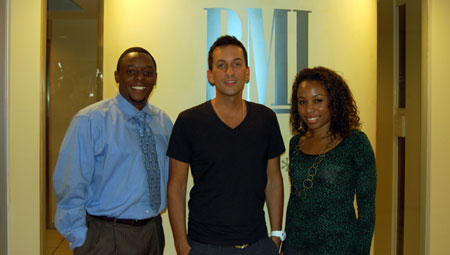