Irrepressible songwriter Jeffrey Steele was the humble man of the hour during a recent gathering at signature Nashville eatery the Palm. BMI threw the in-demand hit maker a party honoring not only his Rascal Flatts’ chart-topper “My Wish,” but the seven million performances of Steele-penned hits including “Gone,” “These Days” and “Speed” as well.

In addition to the customary No. 1 cups and Million-Air certificates, Jeffrey received a BMI Takamine guitar, which immediately looked right at home in his capable hands. 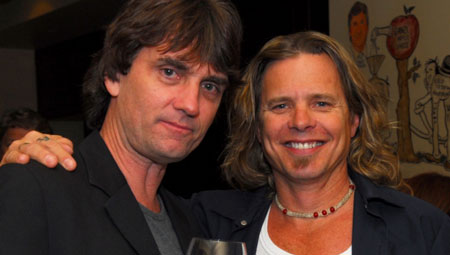 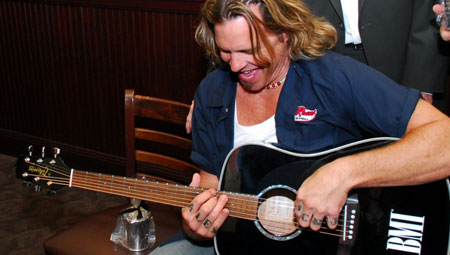 The new guitar was a hit. 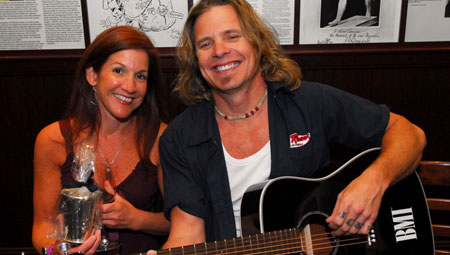 Jeffrey’s wife Stephanie (left) showed off another No. 1 cup, while Jeffrey (right) grinned over the Takamine. 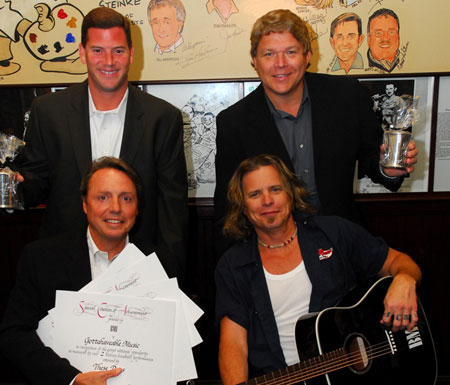 Pictured at the Palm are (l to r): BMI’s Mark Mason and David Preston, with BMI’s Jody Williams and Jeffrey Steele, seated.