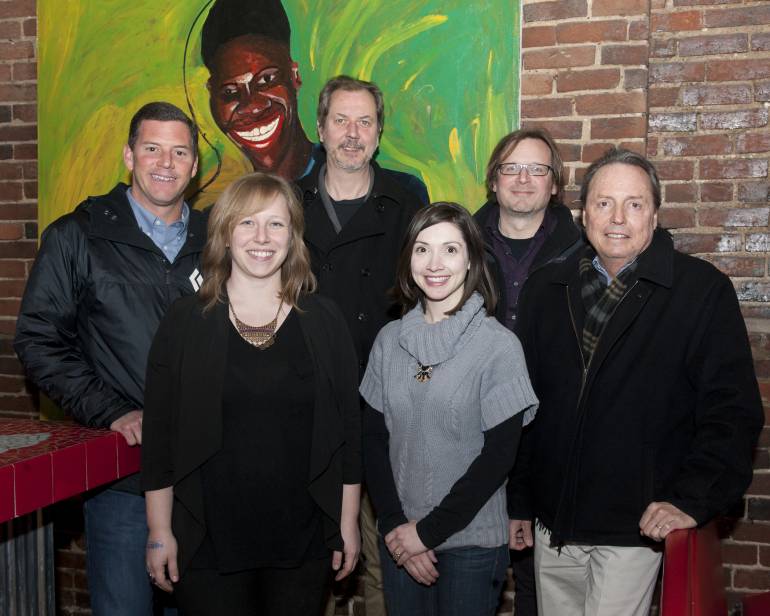 Music industry executives pause for a photo before round one of Road to Bonnaroo kicked off. Ten bands performed before a packed house for the chance to play at the famed Bonnaroo Music and Arts Festival, to be held in Manchester, TN, in June. Pictured: (L-R) Back Row: BMI’s Mark Mason with Mercy Lounge’s John Bruton and Todd Ohlhauser. Front Row: AC Entertainment’s Neeley Rice and Christina Persico with BMI’s Jody Williams. 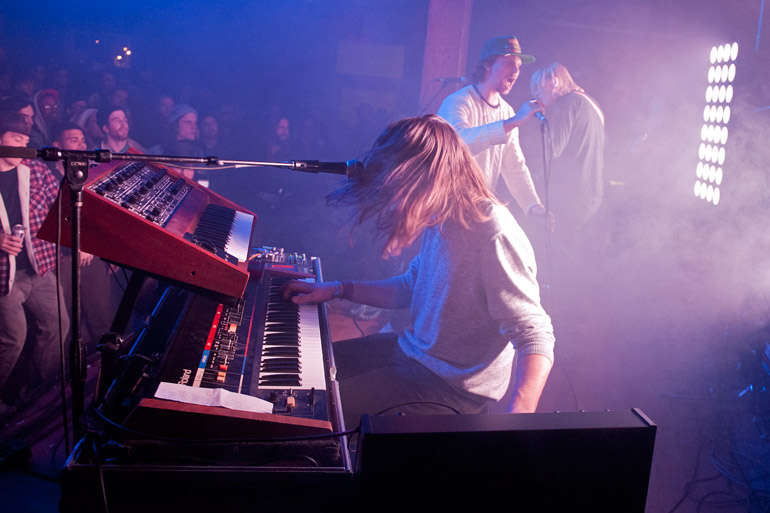 Nashville indie rockers Sol Cat reigned supreme over the first round of BMI’s Road to Bonnaroo.