Posted in MusicWorld on August 23, 2011 by Kathy Iandoli 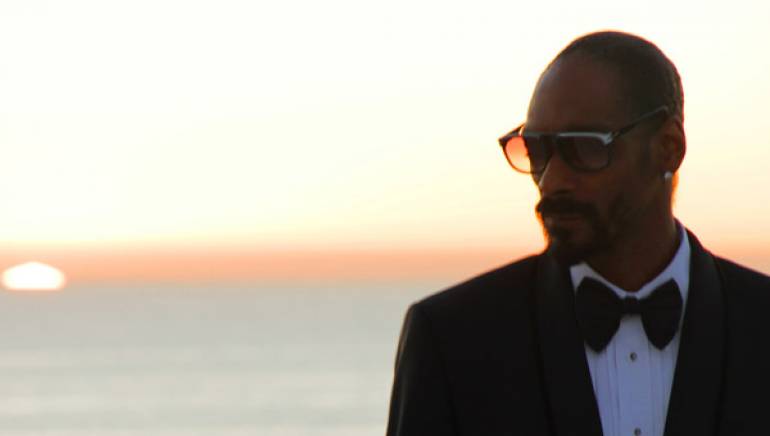 The year was 1992. The film Deep Cover came equipped with a title track off the soundtrack featuring NWA alum Dr. Dre. The song also featured a burgeoning young rapper named Snoop Doggy Dogg, whose slick sneaky delivery oozed on the hook, “’Cause it’s 187 on an undercover cop” (187, being the California Penal Code for criminal activity). When it came time for Snoop’s introductory verse he opened with, “Creep with me, as I crawl through the hood. Maniac, lunatic, call ‘em Snoop Eastwood.”

Only 21 at the time, Calvin Broadus, Jr. probably had no idea of the impact his lyrics and style would have on the culture of hip-hop. Now nearly two decades deep in the game, Snoop is being honored as a BMI Icon at this year’s Urban Awards. “Given that we’re coming up on his 20th year in the business as a rapper – and he’s evolved in my mind to become quite a leader in this community – it’s the perfect time for us to give him this honor,” explains Catherine Brewton, BMI’s Vice President, Writer/Publisher Relations, and head of the company’s urban department.

Snoop earned his sea legs early on, as an accessory to superproducer Dr. Dre’s solo debut, The Chronic (1992). Snoop was present on almost every track, including the three biggest singles “Nuthin But a G Thang,” “F*** Wit Dre Day,” and “Let Me Ride.” Incorporating elements of crude humor coupled with not-so-subtle braggadocio made Snoop the star of the album, now a pillar of hip-hop.

1996’s Tha Doggfather heightened Snoop’s confidence on the mic as he barked, “You lay your hands on me, watch how fast I take your freedom,” on the album’s title track. When he parted ways with hip-hop’s historical hothouse Death Row Records and joined No Limit Records, his first album under the No Limit banner was 1998’s Da Game Is To Be Sold, Not To Be Told (under the shortened moniker “Snoop Dogg”). This album was the turning point for Broadus, as flashier lyrics and aesthetics defined his No Limit soldier debut.

Two more albums were released before No Limit folded, but Snoop’s Priority Records debut Paid the Cost to Be da Boss (2002) marked his full-bodied submersion into the mainstream with the Pharrell Williams-assisted single “Beautiful.” Snoop has since evolved into a commercial hip-hop staple, actor, and community activist. “If you go back to the old days, with Snoop being signed to Death Row and Suge, the music was very indicative of the time,” Brewton says. “What a rapper generally does is rap about what they live and what they know.

“Ten to fifteen years later, there was a transformation that took place [in Snoop] that was about maturity, having children and becoming more socially conscious about what he puts out there because of how much influence he has.”

As evidenced through his later singles, including “Drop It Like It’s Hot” and “Sexual Eruption,” Snoop made the successful transition into pop, reaching larger audiences through broader lyrics. However, he still sent a nod to his former life: “I’m a gangsta, but y’all knew that. The Big Boss Dogg, yeah I had to do that. I keep a blue flag hanging out my backside. But only on the left side, yeah that’s the Crip side,” he says on “Drop It Like It’s Hot.” Perhaps the most recent example of Snoop’s permanent pop movement arrives in the Grammy-nominated “California Gurls” with Katy Perry. Here, Snoop flirts with the candy-coated vixen on the track that honors the ladies of his native state.

Now, with his eleventh studio album Doggumentary in tow, Snoop is a living, breathing icon. An emcee, fighter, father, lover, O.G. “Pimp” and songwriter, Snoop Dogg has left a permanent mark on music, which will undoubtedly grow and deepen in years to come.

Kathy Iandoli is a writer and editor based in the New York metropolitan area. She has contributed to MSN Music, AOL Music, MTV News, Vibe, XXL, The Source, and other publications.