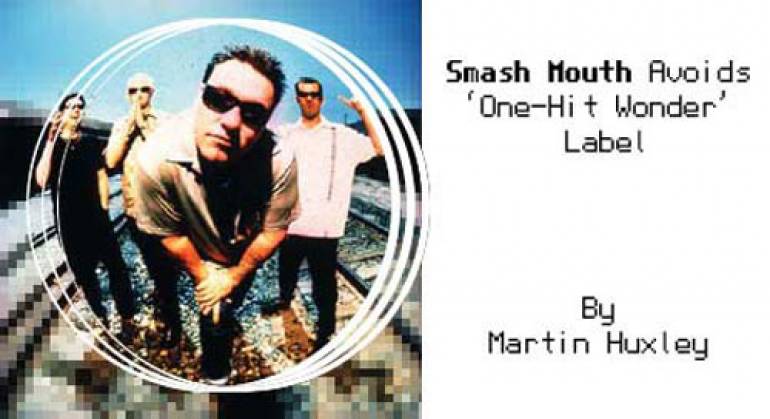 In addition to yielding another infectious hit in the maddeningly catchy "All Star," Astro Lounge demonstrates a surprising amount of compositional subtlety, stylistic variety and musical inventiveness, belying the band's goofy, fun-loving image. New songs like "Diggin' Your Scene," "Who's There," "Come On Come On" and "Satellite" offer a pithy mix of the band's punk, ska, hip-hop, surf, bubblegum and psychedelic influences, while more thoughtful tunes like "Waste" and "Fallen Horses" demonstrate an unexpected lyrical sensitivity.

"After two tears of people calling you a one-hit wonder, it just drains you; you start believing it," notes Camp, the group's main songwriter. "You can let it ruin you or you can get pissed about it and really try and prove everyone wrong."

Harwell admitted to Spin that the band was intent on giving Astro Lounge as much commercial appeal as possible, having learned from experience after the band failed to follow up "Walkin' on the Sun" with a comparably popular hit. "With this record, we were like, 'We want five singles,'" says Harwell. "When we talked about writing it, I'm like, 'Dude, we've gotta make the whole thing radio-playable-like, every song'."

To Harwell's ears, the band's first album was "a fun record, but the new stuff sounds better. The first one was almost like a speed high, and it kinda pissed me off because I felt that it didn't show even a third of what we were capable of. With this one, I can just kick back and enjoy it. The songs are more spread out, less fast and furious."

Camp explains that "All Star" was written because "I wanted to give the record company a vehicle to get this thing going. So I sat down and listened to the radio a bit to see what kind of stuff was popular, and I figured I'd do something with a hip-hop groove that's got some sort of retro ’80s Joe Jackson vibe. And I wanted a rapid-fire melodic vocal line over it, and the kind of chorus that kids who are down on themselves can relate to. The whole thing took only a day and a half to write and demo."