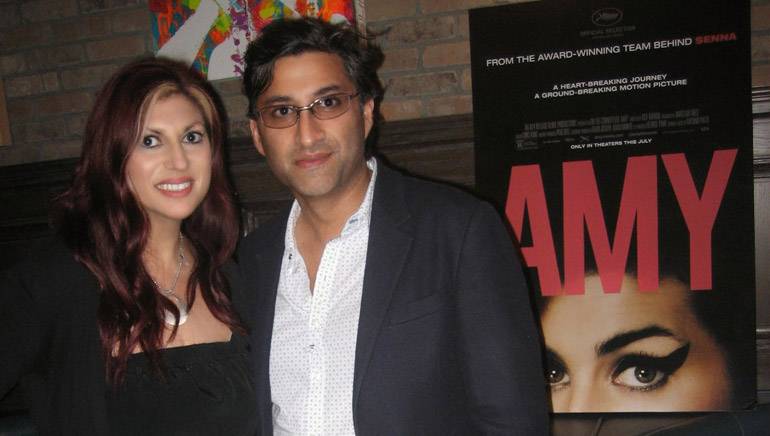 Pictured at a private industry screening of the film “AMY” are BMI Director of Film/TV Relations Anne Cecere and director Asif Kapadia.

The life of six-time GRAMMY winner and BMI via PRS affiliate, Amy Winehouse, has been meticulously captured on film by director Asif Kapadia and James Gay-Rees in the newly Oscar-nominated film AMY. Winehouse, who tragically died in 2011, at the age of 27 from substance abuse, tells the story of her turbulent life in her own words through compelling archive footage and previously unheard tracks. A pure jazz artist who became an international sensation for her authentic personality and enormous musical gifts, Winehouse experienced a meteoric rise to fame with relentless media attention, the notoriety of which, coupled with her troubled relationships and addictions, spun the gifted singer-songwriter into a cycle of self-destruction. For all who were touched by her music during her life and for those who are not familiar with it, this film is a must-see.