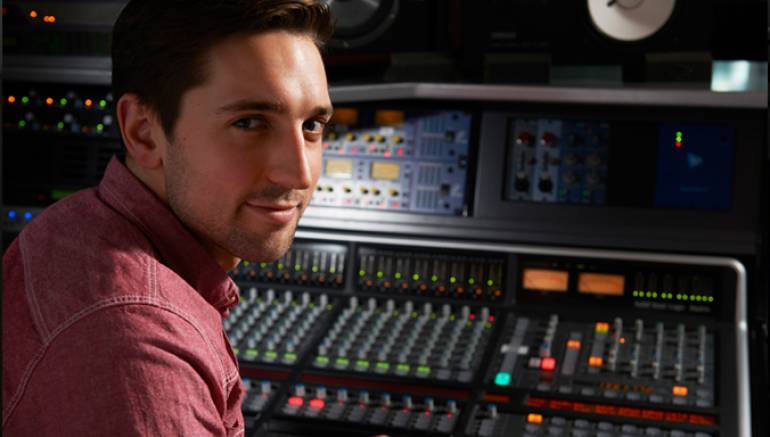 In a recent piece on the Everly Brothers, we looked at how the technology limitations of the time resulted in a more efficient record-making process—and, in the case of the EBs, better-sounding records. For anyone born into a world of limitless tracking, the idea of studio “devolving” might sound silly; nevertheless, it is still worth considering some of the following practices that, theoretically, allow one to spend more time making music and less time futzing with faders.

Take five (or less). Very often the first few takes of a session reveal the most inspired performances—in part because you’re not yet fully committed to what you’re doing. “Invariably when it comes time to do the ‘real’ take, it’s not nearly as good,” says producer/engineer Niko Bolas. “So the producer’s job is to make sure to hold on to that first run through—that way if the artist winds up expending their energy trying to replicate that initial take, it will already be saved.”

Performance, not perfection (or reasons not to go beyond Take Five). There’s no better way to suck the life out of a recording than to attempt the same part over and over again. When overdubbing, give yourself a set number of attempts per part, then move on. Chances are a year from now you won’t hear the “mistakes,” but you will notice if the track sounds like you fussed over it.

Band-made. Just because you wrote the song doesn’t necessarily mean you should dictate the arrangement (type-A personalities, take note). By allowing your bandmembers to come up with their own ideas on the spot, you could wind up with something far more interesting. Case in point: in 1987, singer-songwriter John Hiatt began the sessions for the memorable Bring the Family album by simply performing skeletal versions of songs like “Memphis in the Meantime” and “Thing Called Love” on acoustic guitar, then rolled tape and allowed helping hands Nick Lowe (bass), Ry Cooder (guitar) and Jim Keltner (drums) to fill in the blanks uncoached. “I’d made some demos beforehand,” recalls Hiatt, “but we didn’t play them at all. Instead, I just sang each song once, and off we’d go. We got ‘Memphis in the Meantime’ on the third take, and the rest followed in short order. It was just one of those things. The point is, the more you offer your basic ideas to other musicians when you go in to record, the more opportunities you have for something great to happen.”

The fewer the tracks, the easier the mix.There is the belief that having a dedicated track for every last piece of studio noise gives you much greater control (due to the ability to “solo” and manipulate the sound of each part). Bear in mind, however, that your ultimate goal is to get a suitable overall sound. If it takes 30 tracks to make that happen, fine—but remember that there are a lot of great-sounding records that were made with just three. Also, the more tracks you have, the more tracks you’ll have to mix. Should you wind up with more tracks than less, at least try to be creative—rather than keeping everything at a uniform level during mixdown, randomly move parts in and out, contrast the various parts using different EQ settings, effects levels, etc.

The benefits of “bouncing.” In the old days, engineers would typically combine “common” instruments such as drums, bass and rhythm guitar in order to preserve track space. Even if you’ve got oodles of room, sub-mixing (or “reduction” mixing) a handful of tracks down to one or two is still a good practice, as it forces you to commit to a basic combination of instruments ahead of time, thereby making your final mix job that much easier (particularly if you’re like me and still using non-motorized, physical faders). If, for example, you recorded a drum kit using six mics, try doing a basic two-track (or even mono) reduction mix while you’re still working on the project, rather than keeping the drums spread across those six channels the whole time. From an organizational standpoint it helps keep things nice and tidy (and, since you’re in the digital domain, you can always go back to your original multitrack should you need to anyway).

Live is the answer. By now most of us are accustomed to “building” tracks bit by bit, i.e., drums first, bass overdub second, and so on. The obvious advantage: the ability to go back in and fix individual miscues after the fact. Still, there’s a lot to be said for the sound—and ease—of having everyone playing in the same room at the same time. “You think about the kind of atmosphere that the Beatles got on that first album by just playing live with minimal overdubs in one 12-hour marathon session,” notes producer/recording artist Todd Rundgren. “If a band’s agenda is to really capture a ‘performance’—which I tend to favor and encourage any act who’s capable of doing it—that’s what I try to go for in the studio, and will set up the room accordingly.”