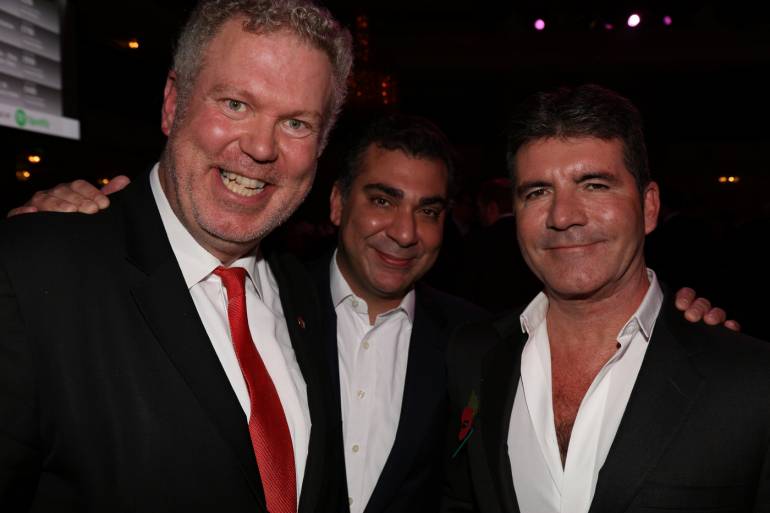 Renowned record producer, music executive and television personality Simon Cowell was recently honored with the 24th annual Music Industry Trusts Award (MITS) during a gala ceremony at the Grosvenor House Hotel in London on November 2. The Award, presented by One Direction, was in recognition of Cowell’s outstanding contribution to the British music and entertainment industry, as well as many charitable causes. Guests were treated to performances by Il Divo, Labrinth, Leona Lewis and Olly Murs.