Posted in MusicWorld on March 8, 2008 by Dana Rodriguez 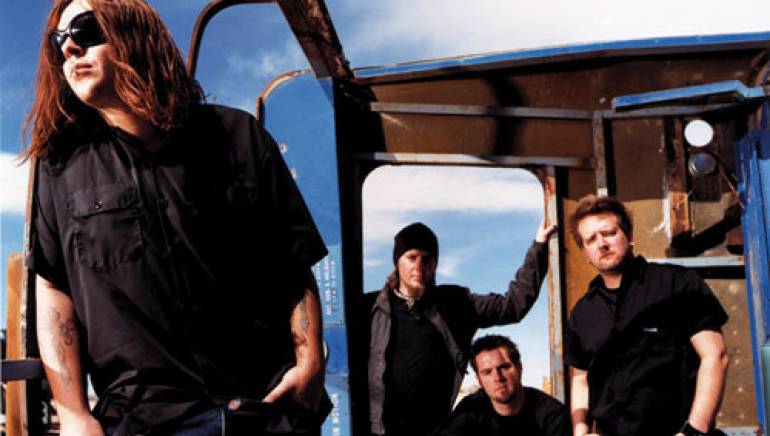 Releasing a song that was written as a joke could have been a mistake. But for hard-rock outfit Seether, there’s nothing funny about “Fake It,” the infectious first single from the group’s recently released third studio effort, Finding Beauty in Negative Spaces (Wind-up Records).

Frontman, guitarist and principal songwriter Shaun Morgan admits “Fake It” almost didn’t make the record. “We wanted to create songs that are a little different,” he explains.

Rounded out by drummer John Humphrey and bassist Dale Stewart, what the South African-bred, Los Angeles-based trio has created is a CD full of chart contenders, thanks in part to production whiz Howard Benson (My Chemical Romance, Daughtry).

Headbangers like “FMLYHM,” “Breakdown” and “6 Gun Quota” feel right at home alongside more pop-sounding numbers like “Rise Above This,” an ironically upbeat song inspired by the suicide of Morgan’s brother.

Formed in 1999 as Saron Gas and signed to Johannesburg-based Musketeer Records, they changed their name in 2002 with the release of their U.S. debut, Disclaimer. Radio smashes “Fine Again” and “Gasoline” earned the album gold certification and placed the band on the alternative metal map.

Then came “Broken,” a decidedly un-Seether-like ballad reworked as a duet with labelmate (and now ex-girlfriend) Amy Lee of Evanescence. Included on Disclaimer II — released as an alternate version of Disclaimer — the song was featured in the 2004 film The Punisher and became an instant Top 20 hit.

Their success continued with 2005’s Karma and Effect, a considerably darker effort that steered the band away from “Broken” and produced the singles “Truth,” “The Gift” and the eight-consecutive-week Billboard chart-topper “Remedy.”

“We wanted to write and explore the more melodic and musical side of everything,” Morgan says. “We can be heavy and rock out, but we can also write songs that can compete with any other song out there. That was a really big motivation.”