Posted in MusicWorld on August 28, 2008 by Bruce Britt 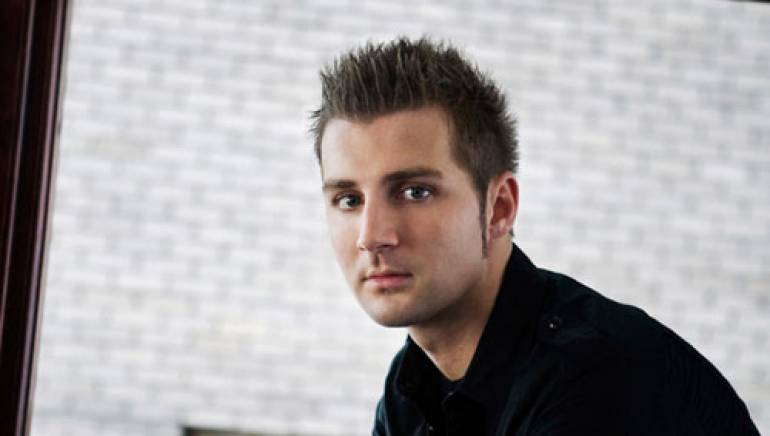 On his new album, A Twist in My Story, Vesely and his hired accompanists prove themselves masters of the alluringly understated melody and romantic verse. Tracks like “Fall for You” and “Last Time” commence with solo piano or guitar and build into soaring, widescreen epics, complete with well-tempered orchestration. “I was born to tell you I love you,” Vesely confesses on “Your Call,” encapsulating the dreamy-eyed essence of his music.

A Twist in My Story has become one of the most curious music stories of 2008. The album’s roots extend to Palo Alto, CA, where Vesely, the son of a jazz musician, launched his career performing local shows. Labeling himself Secondhand Serenade, Vesely created a MySpace page and in short order became the #1 unsigned artist in the history of the popular social networking site, garnering over 17 million song plays.

Now on the verge of his major breakthrough, Vesely acknowledges his debt to the people that have fueled his word-of-mouth success. “Nothing in my career would be possible without my fans backing me,” the humbled singer says. “They are the most important people in terms of any success I have, or will ever have.”