Posted in MusicWorld on August 8, 2010 by Jaan Uhelszki 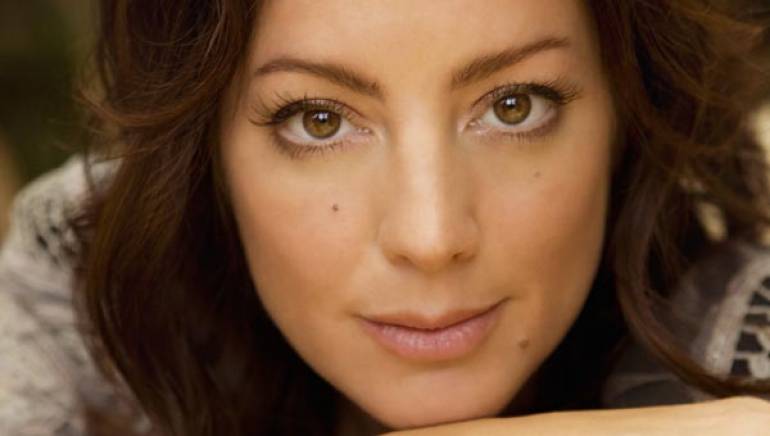 It’s been 22 years since the release of Sarah McLachlan’s debut album Touch, and the Canadian chanteuse is almost as famous for the lengthy gestation periods between records as she is for the remarkable, revelatory songs she writes. Although frustrating for fans, there’s something comforting in the fact that an artist of McLachlan’s stature, who has sold over 40 million albums worldwide, taken home three Grammys and eight Juno awards, still finds it daunting and often laborious to write.

She’s the first to admit that she has a notoriously sluggish muse. “Music happens all the time for me; but lyrics are really slow — it’s kind of like pulling teeth trying to finish lyrics,” she said in 2006. “Mostly I just sit at the piano, I press record and I play and I sing and nonsense pours out and once in a while a good idea pops out.”

Over the last two decades, her “good ideas” have taken the shape of songs that have profoundly changed people’s lives, none perhaps more so than that of Run DMC’s Darryl McDaniels.

After finding out at the age of 35 that he was adopted, McDaniels contemplated suicide. He decided that he would wait until he finished the tour, but on the way home from the airport, he had a change of heart. “I turned the radio on, and Sarah McLachlan’s record, ‘Angel,’ was on,” he says. “For some reason that record made me say life is beautiful, it’s great to be alive.”

A year later he caught up with the singer, whom he considers his own personal angel, at a Grammy party in Los Angeles, where he thanked her for saving his life.

“I finished my little rant, very brief, though, and she just listened to me, and she says these words to me — she says, ‘Thank you for telling me that, Darryl, because that’s what music is supposed to do.’”

“Angel,” which was originally written as a response to Smashing Pumpkin’s keyboardist Jonathan Melvoin’s death, has also altered the course of the ASPCA’s fundraising. Since they began using the song in their television commercials in early 2007, coupled with McLachlan’s brief plea to ask viewers to share in her support for the animal welfare organization, they have raised over $30 million.

Around the first of last year, McLachlan picked up her pen and began working in earnest on new material with the help of her longtime collaborator Pierre Marchand. Although it had been seven years since the singer released Afterglow, the duo wasn’t working at breakneck speed, putting pen to paper perhaps nine or ten days a month, then retreating to their respective homes to digest what they’d done. In fact, at the time, the singer wasn’t even optimistic that it would be released in 2010.

“The record company is hoping for next year — I highly doubt that, knowing the pace at which I write,” she claimed in March 2009. “But you never know. Miracles can happen.”

Luckily for everyone concerned, McLachlan found that miracle.

On June 15, she released The Laws of Illusion, while this summer, she relaunched Lilith Fair, the all-woman festival she spearheaded from 1997-1999, which not only attracted over two million fans, but raised over $10 million for national and local women’s charities.

The Laws of Illusion is another layered sonic chapter in McLachlan’s career, offering more songs that are inescapably and, thankfully, patently hers.

“With all of my experiences, I experience them on the surface and then I file them away for later when I can actually take them out and look at them and deal with them. It’s rarely immediate,” explained the singer.

“It’s pretty much been the way I’ve always done things,” she says. “All my material for the most part is very personal and pretty autobiographical. But even if a song is masked in fiction, there’s always a lot of me in there.”

Jaan Uhelszki was one of the founding editors at Detroit’s legendary Creem magazine. Since that time, her work has appeared in USA Today, Uncut, Rolling Stone, Spin, NME, and Guitar World. Currently the editor at large at Relix, she is the only journalist to have ever performed in full makeup with Kiss. Luckily, for her story on Sarah McLachlan, she only had to put on eyeliner.