Posted in MusicWorld on November 9, 2009 by Drew Kennedy 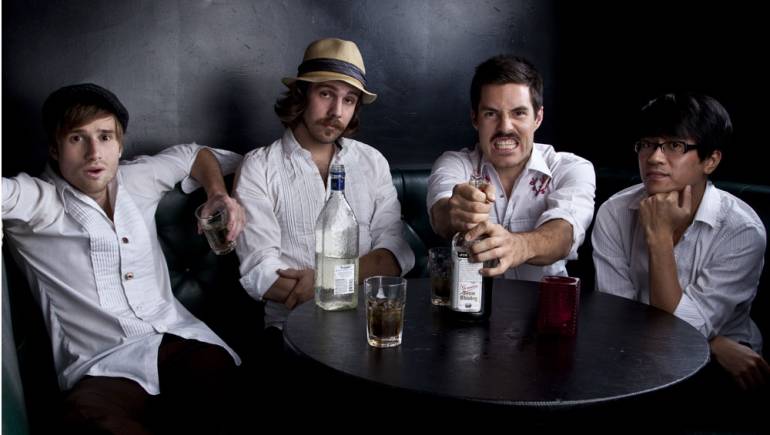 If anyone is claiming that the music video is dead, it certainly isn’t Saint Motel. Their 6-song EP ForPlay speaks for itself with its swaggering rock and haughty attitude, but if that’s not enough to convince you that the LA-based band means business, they’ve included some visual evidence of their sonic chops to boot on this, their debut record. The quintet, which formed while members A/J Jackson, A Sharp, Greg Erwin, and Dak were studying film at Chapman College, clearly has a knack for theatrics. With the offering of six videos—one for each song on the album—Saint Motel demonstrates their unique ability to seamlessly intertwine melody with melodrama without diminishing the power of either.

The rousing “Butch” kicks off the record with a brand of lyrical snark akin to Weezer backed by a Killers-like delivery, while the moody “Eat Your Heart Out” rises and falls with a sensibility usually reserved for more seasoned arena rockers. “To My Enemies” closes out the collection, leaning on equal parts punk-crass and pop harmonies in a style that’s comfortably familiar yet distinct in its own right.

Checking in at just over 19 minutes, this smart collection of songs manages to maintain a level of vivacity that perhaps a longer release would not have been able to support—winding the listener up by skipping the downtime.  Noted for their high-energy shows, Saint Motel proves that it can carry that intensity with them into the studio and deliver a burning set without having to feed off of a crowd.

ForPlay delivers on its promise as an enticing introduction to a band that has an excellent idea of how to deliver exactly what it wants you to see and hear. And while the rates at Saint Motel may be budget friendly at the moment, there’s no reason to assume that they’ll stay there.