Posted in MusicWorld on November 3, 2009 by Bruce Britt 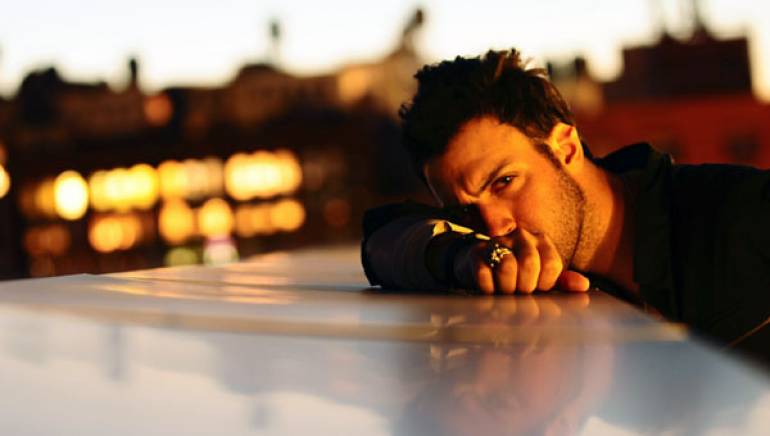 It was 2005 and singer/songwriter Ryan Star was an artist on the verge. Stage, the band he co-founded at age 14, was signed to Madonna’s Maverick Records and touring with major acts. But while Star’s career looked promising, an insistent inner voice haunted him. “I needed more from life and music,” the singer says. “I couldn’t fight the reality that I feel most like myself when the lights are out, and it’s just me sitting at the piano or lying with my guitar.”

Today, Star is once again poised for a breakthrough, only this time, on his own exacting terms. Heeding his instincts, he embarked on a successful solo career in 2006, winning acclaim for his independently produced solo debut Songs from the Eye of an Elephant. Star earned even more exposure as a contender on the CBS-TV talent showcase, Rock Star Supernova.

“I feel like everything until now has lead up to this record,” Star says. “There’s definitely a rock edge on there, but there’s also a solo artist vibe with me on the piano. Then there’s this new (dynamic), with modern sounds and experimentation. It’s like my whole history put together on this album.”

A confessed “control freak,” Star took a looser approach during the recording of 11:59, collaborating with producers Matt Serletic (Matchbox 20, Collective Soul, Rob Thomas) and Howard Benson (Kelly Clarkson, Daughtry, All American Rejects). “Matt kept the bar up,” Star says. “He made sure the songwriting was good, and that the tracks were radio songs…Howard helped give the record a little more of a rock sound. It was a perfect balance.”

The single is just the latest of what promises to be a series of achievements for Star. His song “Brand New Day,” which serves as the main theme to the hit Fox TV series Lie to Me, recently earned a BMI Television Award.

“I signed up with BMI back when I was 16,” an appreciative Star says, acknowledging BMI’s influence on his career. “You guys were there first.”