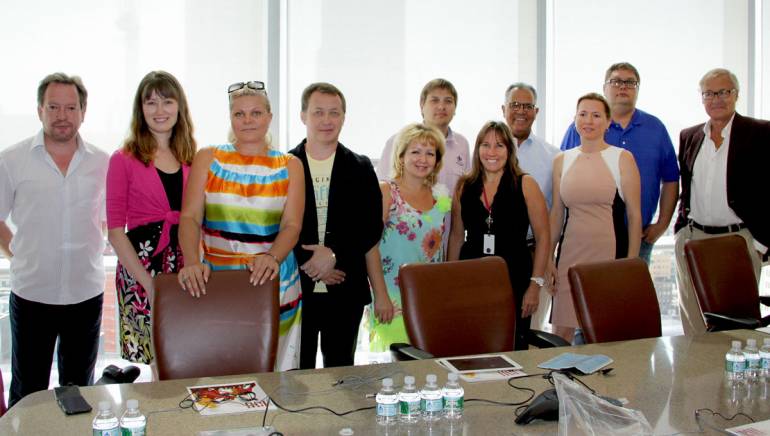 The New York Branch of the U.S. Dept. of State facilitated a visit to BMI’s New York office from a group of Russian performing arts managers on the last stop of their three-week program, “Performing Arts Management.” The goal of the program was to promote Russian-American artistic exchanges in regional Russian cities where American performance groups are touring and taking part in local music festivals. By focusing on American touring performing artists and artistic groups, the Russian participants were given a true picture of the diversity of American performing arts and the numerous licensing issues involved. Led by Alison Baker, Program Officer, U.S. Department of State (not pictured), they met with BMI’s Consuelo Sayago, Jose Gonzalez, Antonella DiSaverio and Ron Solleveld to discuss music and performance copyright issues.

After the visit, Ms. Baker had this to say about the meeting with the BMI executives: “Thank you and your colleagues at BMI for taking the time to meet with our group of Russian Performing Arts Managers last week. As you could see, they had lots of very specific questions, and the meeting was right to the point in giving them answers and information.”