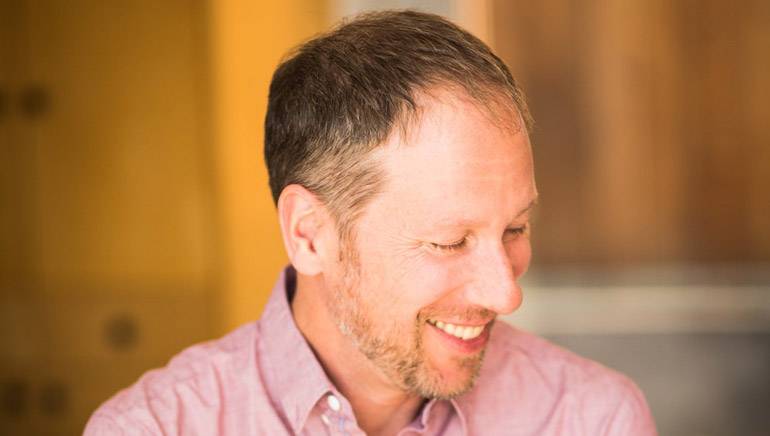 BMI’s Richard Kirk Award for career achievement isn’t given to just anyone. In fact, all those who have received the honor have made an indelible impact on the industry that few composers even dare to aspire to. Rolfe Kent, who received the accolade in 2012, was and still is unmistakably deserving of it. The British composer, who interestingly, was born to a non-musical family, has scored more than 50 films, including Oscar-nominated Up In The Air, for which he won a Golden Satellite award, and Sideways, which earned him nods for both a Golden Globe and Critics Choice Award. His long and impressive resume also includes scores to Labor Day, Bad Words, Dom Hemingway, About Schmidt, Election, Mean Girls, Legally Blonde And Legally Blonde II, Wedding Crashers, The Matador, Reign Over Me, The Hunting Party, and Thank You For Smoking, in addition to the Emmy-nominated main title theme for Showtime’s Dexter.

Having taken the advice of an early music teacher to avoid rigid course work that would dampen his enthusiasm, Kent found his foothold in music through studying theology. Now, constantly on the go, adventurous and curious, the highly sought-after composer has developed a style that is not only distinct, but indicative of his aversion to what’s expected in musical tone, texture and rhythm. To prove his uniqueness, the walls of his studio are lined with many unfamiliar instruments that have helped attract and sustain relationships with directors as popular and diverse as Alexander Payne, Mark Waters, Jason Reitman, Burr Steers, and Richard Shepard.

BMI caught up with Kent right before the release of his latest collaboration with Payne, Downsizing. Here’s what he had to say about his past, his present and his future:

Tell us a bit about how you became interested in being a composer.

At the age of five or six I went to a local production of the musical Carousel, and I was just fascinated by the small pit band, and that’s what got me hooked into music. Somewhere between then and the age of 11, I simply started writing music, with no particular ambition to call myself a composer.

In film music, the scores I remember were Lawrence of Arabia and Diamonds are Forever, so those were very glamorous to me and made me dream of becoming a film composer. Since then of course, I found myself listening to everything and being curious as to how it was layered and created – I loved Horner’s Aliens and Willow, and Morricone’s The Mission. Of late it has been Eric Whitacre and Thomas Jennefelt.

Tell us about the non-traditional instruments you’ve used and in what scores?

I have used lots of different instruments from the bowed saw to the dan bau from Vietnam, but my favorite is the gincello, which is an electric octave-down pitched violin, which was used in Up In The Air, Downsizing, and Labour Day.

You’ve worked with Alexander Payne on several projects: Citizen Ruth, Election, About Schmidt and Sideways, among them. Now your newest collaboration is Downsizing. What’s the key to your relationship with Payne that keeps you both creatively motivated?

Alexander is extremely open to new and creative ideas and solutions, which makes him a rewarding person to collaborate with. We never know where the path will take us, but we share an interest in interesting juxtapositions, and the curious and entertaining results that ensue.

What’s special about the score to Downsizing? How does it differ from your other work?

It is easily the most melodic and classical work I have done in years. It’s emphasis on classical sounding melody and having the work feel like standalone pieces of music made for a very energetic and dreamy set of scoring sessions. Also, I had not composed Norwegian operatic pieces before.

Tell us a bit about how you approach a project. Do you explore different ideas or take them head on with whatever musical idea comes to you initially?

I explore various different ideas, and that is a lot of music that ends up on the floor. But it is important to try out all ideas good and bad and see how they work with the film, because you never know when you are going to make a strange discovery. Only when something really lands and makes sense with the picture, and unlocks something in the story or the feeling of the film that was not there before, only then do I feel like I have arrived at an important keystone for the score.

What musical advice would you give a composer starting out today?

Be very open and opportunistic - there are so many different kinds of media now, and so many different ways in which music might be used and might be relevant, so it is important to stay alert and flexible and simply experiment to see where you can find a niche to embrace and enrich with music. I am fascinated by VR and AR, and immersive theater, but doubtless there will soon be all sorts of new areas to explore.

What business tips would you give?

Always use a lawyer to review your contract - if you don’t have it in ink then you are not going to get it. And do not undervalue what you have to offer.

My immersive musical snowball fight at Helms Bakery on 16th and 17th (tickets via Eventbrite) and then lots more future projects coming up fast! Both terrifying and exciting for me.

Having a steadfast friend in BMI has been very reassuring and helped considerably. BMI teaching me to conduct my own recording sessions has been fantastic, a real discovery and benefit.