Posted in MusicWorld on November 14, 2009 by Drew Kennedy 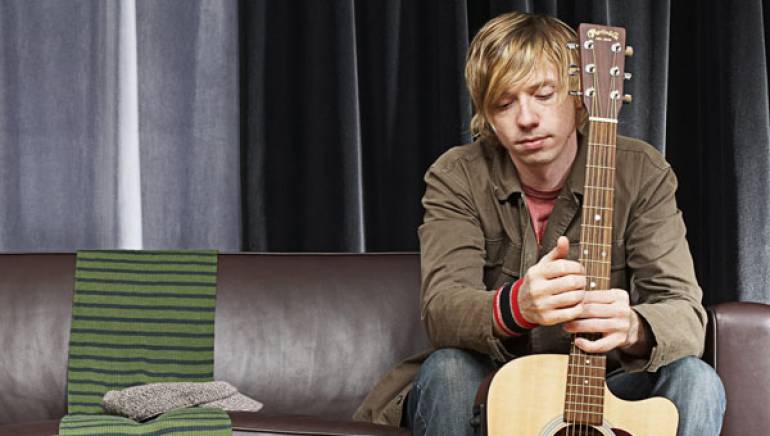 Robert Cooper knows a thing or two about taking music to higher elevations of success, but to say that he has been flying under the radar would be a bit of an understatement. Continental Airlines recently selected his song “Beautiful” for airplay on their “Hit Factory” onboard radio channel, landing him a first class seat among some of the most influential bands in contemporary popular music. The Tampa, Florida-raised Cooper currently calls Brooklyn home, but his reputation as a writer of powerfully poppy, hook-laden tunes has traveled well beyond his native East Coast— producers of MTV’s The Hills have showcased his song “Revolving Doors” in several episodes—and it’s easy to understand what makes his music work as a mood setter on the popular series.

“I gravitate towards transitions,” says Cooper, “crossroads-like experiences that people go through in life, and while there is a little darkness in my songs, I like to focus more on hope than anything else.”

Those glimmers of hope, matched with his knack for pairing universally relatable lyrics with sweepingly catchy melodies, have made Cooper somewhat of a favorite among other artists as well. Hailing from a musically inclined family, he found himself replacing those familial ties with the company of likeminded and gifted friends in his newfound home.

“When I got to New York five years ago, friends of mine like Boots Otterstad (of The Getaway People, and writer for acts such as Robbie Williams, Tim McGraw and Macy Gray) and Edie Kuhnle (Dan Dyer, Thomas Dybdahl) helped to give me a crash course in writing, developing hooks and melodies. I learned a lot from them.”

After winning this year’s Kauai Music Festival songwriter contest and participating in writer showcases across the country in recent years, Cooper is confidently watching more musical opportunities lining themselves up on the horizon. In fact, it’s not unreasonable to expect that Cooper will continue to rack up the rewards of his travels—both by air and airwaves.