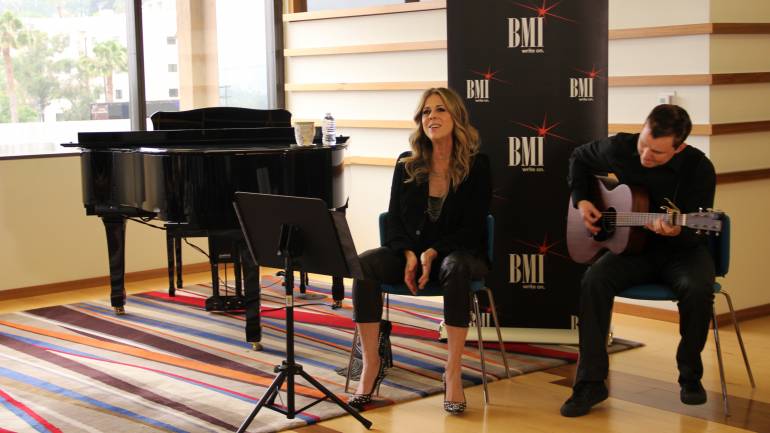 Rita performs a moving set at the LA office.

Singer/songwriter and actress Rita Wilson visited the BMI LA office on Thursday, June 9, to provide a powerful performance of selections from her new self-titled album. Wilson’s set included “Along For The Ride,” “Strong Tonight,” “Even More Mine,” and “Crying, Crying,” showcasing her fruitful collaborations with some of country music’s most renowned songwriters and producers.