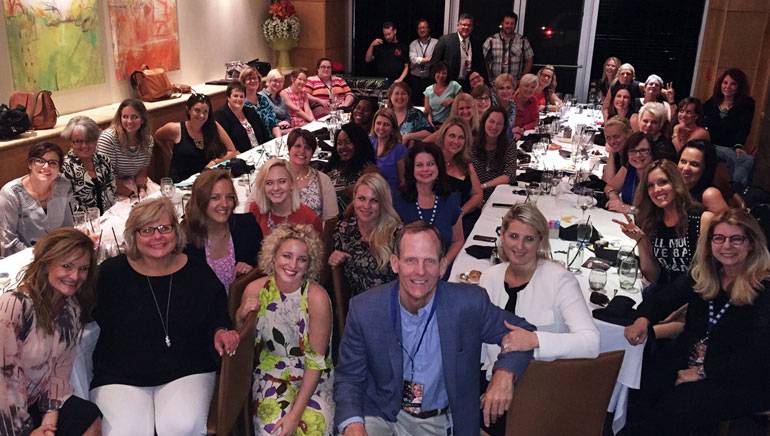 BMI songwriter and Sony Nashville recording artist Cam helped BMI pay tribute to the more than 25 female radio executives who were part of the 2016 class of Rising Through the Ranks (RTTR) as she performed at the program’s annual dinner. The two day seminar, held recently (8/23-8/25) at BMI’s offices in Nashville, is a joint venture between BMI, the Radio Advertising Bureau and the Mentoring Inspiring Women in Radio Group.  Now in its 9th year, RTTR helps train and educate female radio executives in an effort to help them “break through the glass ceiling” and take them to another level in their career. BMI provides 20 scholarships to deserving women in the radio industry.

Cam become the only female country artist to achieve more than 1 million downloads of a single this past year, but, additionally, both her breakthrough hit and debut disc made multiple “Best of 2015” critics’ lists, including Rolling Stone, Entertainment Weekly, Washington Post, Associated Press and Nashville Scene, among others. Cam also became the most-nominated female at the 2016 ACM awards with six total nods. Her other 2016 nominations included a GRAMMY nod for “Best Country Solo Performance” for “Burning House” and American Country Countdown nominations for “Female Vocalist of the Year,” as well as “Breakthrough Female Vocalist of the Year.” Her performance at Rising Through the Ranks was sponsored by HD Radio.