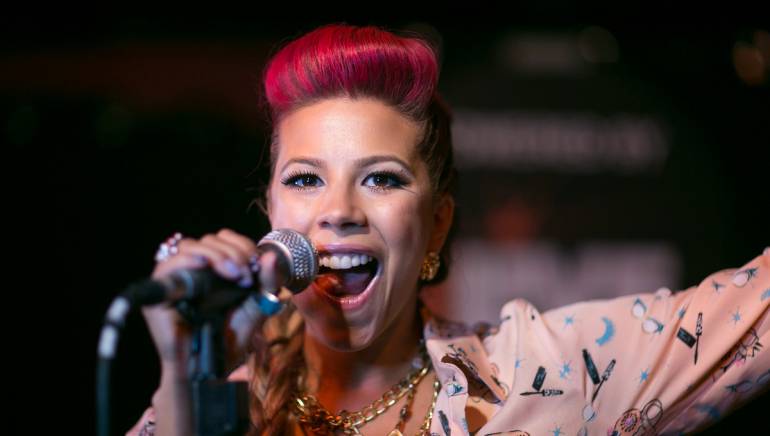 Vali treats the crowd to her summer-ready single, "Shut It Down," at BMI's "Next Fresh Thing" showcase in Los Angeles. Photo: John Salangsang

The audience at On The Rox in Hollywood was treated to the sounds of rising stars Vali, Lorine Chia, Eric Bellinger and JoiStaRR at the latest installment of Broadcast Music, Inc.’s® “Next Fresh Thing” showcase series on May 2. BMI member Nicole Scherzinger was one of several audience members to enjoy the performances.

The evening kicked off with 20-year-old wunderkind Lorine Chia. Born in Banso, Cameroon, and raised in Cleveland, Ohio, Lorine has earned comparisons to Erykah Badu for her mixture of alternative, jazz and futuristic R&B. Lorine’s set consisted of original songs from her first self-titled mixtape, released in November 2012 and raved about by Complex Magazine.

The soulful JoiStaRR, who has toured with Kanye West as back-up singer, then took the stage, captivating the audience with songs from her new EP, Art and Beat. In a set that included “Chanté,” ‘I’m Not Bleeding” and “That Girl,” JoiStaRR allowed herself to be vulnerable and touched on topics like self-discovery, growth and heartbreak.

New York City native Vali followed, delighting the crowd with her bubbly energy and fashion-forward style. Vali started her set with a mash-up of Top 40 hits, including “Toxic” by Britney Spears, “Kiss Me” by Sixpence None The Richer, and “E.T.” by Katy Perry and then segued into her official debut pop single, “Shut It Down.”

The night’s last act was Eric Bellinger, a seasoned songwriter who is finally stepping into the spotlight. He surprised the audience with a few special guests, starting with fellow R&B singer Tank, who joined Bellinger onstage for the duet “Club Lights,” off Bellinger’s latest album, Born II Sing Vol. III, followed by Compton rapper Problem, who is featured on Bellinger’s song “Say No.” Bellinger closed out this edition of “Next Fresh Thing” with a cover of “Fine China,” the smash single he recently penned for Chris Brown.