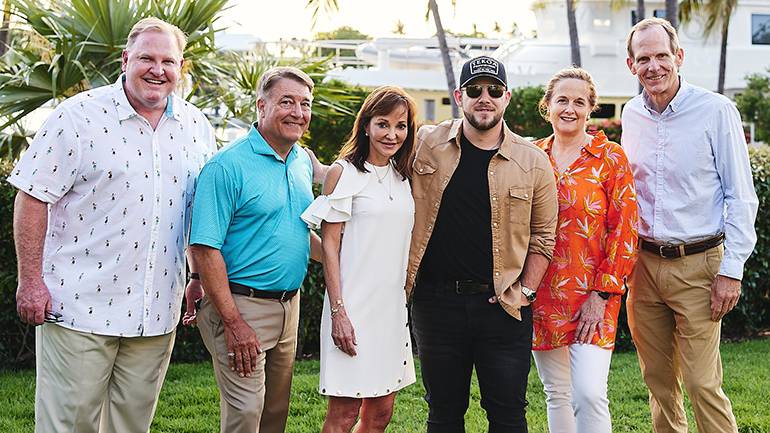 Columbia Nashville recording artist and BMI songwriter Kameron Marlowe highlighted the closing dinner at the 2022 Florida Association of Broadcasters Convention in Key Largo by delivering a powerful performance in front of some of the radio and television industry’s most influential executives. The Kannapolis, North Carolina native performed songs from his upcoming album, including his hit single “Giving You Up,” which has received more than 60 million streams on Spotify. The FAB Convention is an annual event where broadcasters hear from industry leaders, and other prominent speakers to discuss issues that affect the broadcast industry.