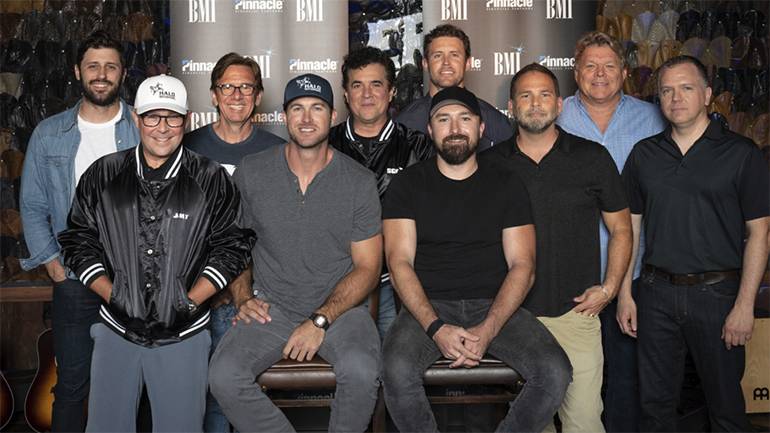 On July 16, rising singer/songwriter Riley Green celebrated his first No. 1 with “There Was This Girl,” alongside BMI co-writer Erik Dylan. Hosted by BMI at Nashville’s The Sutler, the No. 1 bash was filled with family, friends, BMLG Records’ team and key Country partners. The event was a special moment for the duo as it marked both of their first No. 1s as songwriters. Reflecting on a whirlwind year, Green and Dylan shared memories about writing the hit together and the speed in which it launched to Country radio.

“I’m so happy to be able to share this moment with my family and friends in Nashville – it’s finally starting to feel real and I couldn’t be more excited to work for my next number one,” said Green.

His follow-up single “In Love By Now” is currently ascending at Country radio from his newly released Get That Man A Beer EP.