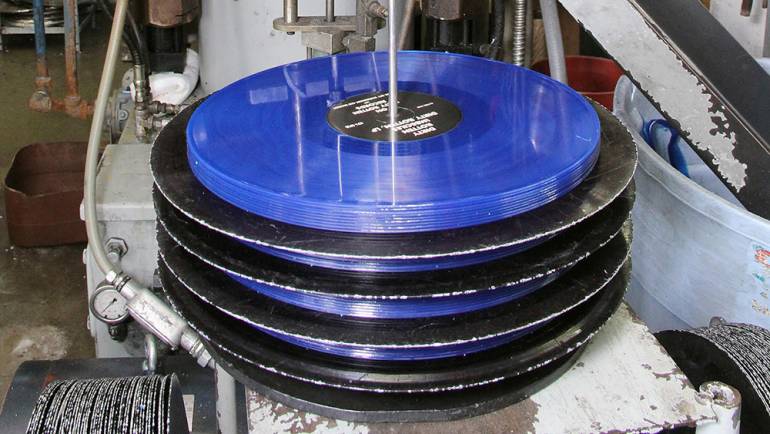 For a format that many at the start of the 21st century would have written off, vinyl’s astounding resurgence as music lovers’ favorite deluxe format won’t let a run of bad luck in the past six months interfere with its standing as the most improbable home entertainment comeback of the industrial age.

Notwithstanding the coronavirus that has put normal life on hold, recent setbacks for the vinyl industry in rapid succession include:

All this is happening against a backdrop last year of vinyl LP sales growing for the fourteenth consecutive year by 14.5% to 18.8 million sales, according to Nielsen Music.

Separately, the Recording Industry Association of America (RIAA) reported that 2019 revenues increased by 19% to $504 million from vinyl records, the largest amount for the format since 1988, confirming the 14 consecutive years of growth. However, RIAA noted vinyl represents only 4.5% of total music revenues, while CD revenues declined 12% in 2019 to $615 million.

As Americans were urged to remain home and practice social distancing, many brick-and-mortar record stores switched to e-commerce strategies. The loss of Apollo lacquers is expected to have a greater impact on production of 7-inch singles than LPs. Record industry players throughout the supply chain interviewed the second week of March by BMI.com were not curtailing their 2020 vinyl production plans.

Vinyl Me, Please (VMP), a club with more than 25,000 subscribers who receive a monthly pick, reported no disruptions to its supply chain, and its vinyl projects are continuing as scheduled, according to Cameron Schaefer, VMP chief brand officer.
“With how rapidly the situation is unfolding what is true now may no longer be true tomorrow, but with that in mind, we are working on several contingency plans that would allow us to continue manufacturing and shipping your records,” stated VMP in an email.

Lacquer-cutting facilities master for digital formats as well as vinyl, so it’s one industry sector somewhat immune since music creators will continue to record and find listeners through whatever means, especially since live performance has hit a standstill.

Jean-Luc Renou, CEO of Mulann, a French firm that recently introduced a cassette tape, said he is testing a new lacquer that should be commercially available by mid-2021. Another new lacquer supplier in the U.S. is reportedly in the works.

Hollywood, CA-based mastering legend Bernie Grundman, who started his career in the mid-1960s, was surprised when he started getting calls in the mid-1990s to cut vinyl again. His facility typically uses 50 of the 300 lacquers it receives from MDC every month or two. With its two lathes constantly operating, vinyl now comprises 35-40% of Bernie Grundman Mastering’s revenue.

In regard to lacquer scarcity, Scott Hull, owner of mastering facility Masterdisk in Peeksill, NY, typically goes through 50 lacquers a month and he currently had 100 in stock from MDC, the Japanese supplier that continues to provide existing customers.

“People are freaking out if they don’t have a supply of lacquers,” said Adam Gonsalves, owner of Portland, OR.-based Telegraph Mastering, which reported an adequate supply of MDC lacquers, which he’s found to be more stable than Apollo’s, to accommodate clients’ existing planned work.

Yoli Mara, co-owner of the Nashville mastering facility Welcome to 1979 founded in 2008, four years ago expanded in electroplating, the process that makes molds before pressing. “You have to be super careful with your supply of lacquers,” she said.

These days an additional lacquer to be cut seems like a luxury, and mastering engineers encourage customers to trust their ears.

While the loss of Apollo lacquers doesn’t appear to have an immediate effect on the market, the company being a main supplier of cutting styli for lathes – an integral tool –has caused much concern, even with two or three other suppliers in Italy and Japan.

The re-born vinyl manufacturing industry largely relies on antiquated technology often requiring repairs and parts, although a handful of new pressing-line suppliers in the past five years met the demand, which led to several dozen new plants getting into the business throughout the world.

Pressing plants queried in mid-March hadn’t seen a recent decline or cancellation of orders.  “We’re happy how 2019 went,” said Ben Blackwell, who oversees Nashville-based Third Man Records, founded 11 years ago by its flagship artist and BMI affiliate Jack White, who opened a Detroit pressing plant in February 2017. “We continue to invest in new machines,” noted Blackwell. On the label side, 70% of its 600-plus releases are music from new artists with the remainder being third-party reissues. “We’ve become better at predicting what demand will be,” Blackwell said, adding that TMR is on track this year for releasing 50 titles, including both LPs and singles.

“It’s a hard business,” emphasized Eric Astor, owner of Furnace Record Pressing in Alexandria, VA, which in August 2018 began manufacturing vinyl itself after serving as a broker and packager for the large German pressing plant Pallas. “Everything costs three times more expense that you planned,” admitted Astor. “You have to be a little crazy, or it’s in your bloodstream. Anyone in it for a quick buck will be disappointed.”

Quality Record Pressings (QRP) in Salina, KS, launched in 2011, pressed 1.5 million discs in 2019, and this year it’s aiming for 1.6 million. “Fifty percent of my business has been reorders; I think we’ll be okay,” said Chad Kassem, QRP owner, who also operates an e-commerce website for audiophiles called Acoustic Sounds and a reissue label called Analogue Productions.

“Vinyl is not a high margin business – all aspects of it,” said Andrew Rossiter, owner of indie label Org Music, which has a catalog of 300 releases. What bodes well for vinyl’s future once the virus passes is that the format has been embraced by a new generation. New research from MusicWatch found that 40% of 25-to-44-year-olds and 40% of those older than 45 bought new vinyl in 2019.

True, more consumers may become more selective with their music purchases or turn to streaming alternatives for new music fixes. On the other hand, less than 15 years ago vinyl returned from oblivion because humans yearned for a tactile experience they weren’t getting when streaming. Buying vinyl is akin to comfort food. In fact, there’s a robust Facebook group aptly named Vinyl Junkies, which provides a much-needed sense of community during these trying times.

Making vinyl, also the name of the B2B conference this writer co-founded in 2017, requires an art and science. Cutting vinyl can be very tedious to make it sound perfect, admitted Grundman. “You’re only as good as your last project.”