Posted in MusicWorld on December 22, 2007 by Dan Kimpel 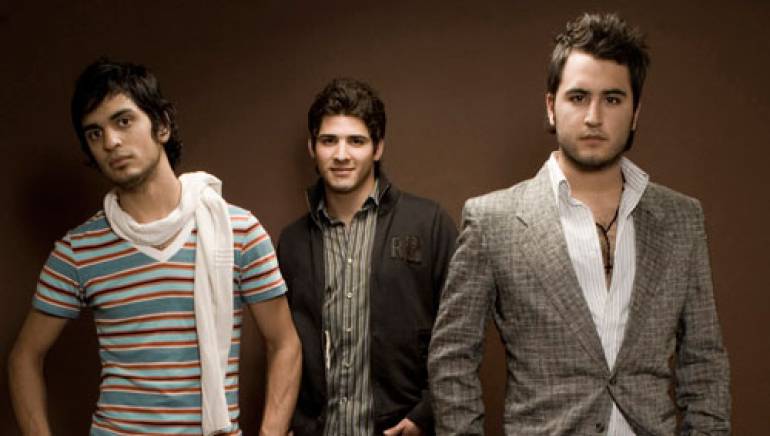 Unlike many of their more opaque musical compadres, REIK’s sound has a rocking edge and melodic sweetness, a perfect combination for club hopping or romantic interludes. Founded in Mexicali, Mexico in 2003 by Jesús Alberto Navarro Rosas and Julio Ramírez Eguía, REIK first came on the radar of local audiences when they released their demos “Levemente” and “Ahora Sin Ti” into the fertile Mexican club scene underground.

Within a year of their formation, and the addition of vocalist/guitarist Gilberto “Bibi” Marin Espinoza, the indie band was being courted by the major labels and was eventually inked to Sony Music. Their self-titled debut album, produced by Abelardo Vázquez and Kiko Cibrian, spun off three chart-topping singles, “Yo Quisiera,” “Que Vida La Mia” and “Noviembre Sin Ti,” as the album was certified gold, then platinum and the band received a Latin Grammy nomination for Best New Artist.

REIK now crosses into the U.S. with regular stops in Texas, Florida, Puerto Rico and New York and, in 2007, they participated in the Alltel Wireless “Mi Círculo, Mi Música” (My Circle, My Music) concert in El Paso, TX. And with the far-reaching power of video broadcasting, the pure power-pop sounds and undeniable visuals of REIK will undoubtedly continue to catapult the band beyond all borders.