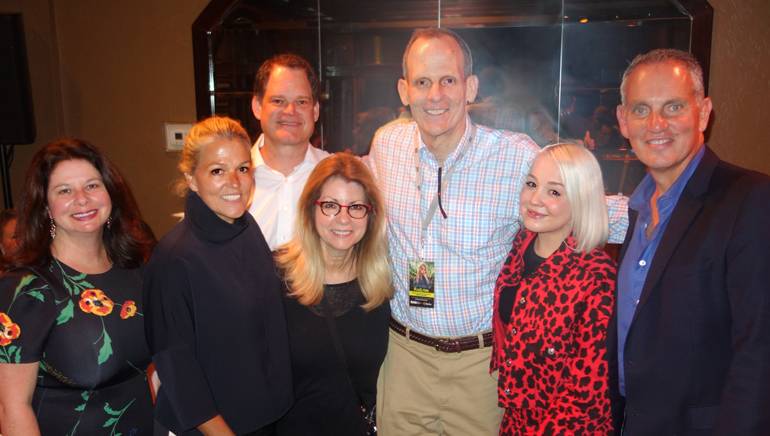 The 2018 Rising Through the Ranks program, held recently (8/15-16) at the BMI offices in Nashville, this year featured a special performance by Warner Brothers recording artist RaeLynn. RTTR is a two-day seminar that features sessions geared toward preparing female executives to move up into leadership positions within their company and in the broadcast industry. BMI awards 23 scholarships to women in radio to attend the seminar, which is presented by the Radio Advertising Bureau, BMI, and the Mentoring Inspiring Women in Radio Group. The closing dinner, which was sponsored by HD Radio, always features a BMI songwriter who is rising through the music industry, and this year, RaeLynn entertained the group of more than 50 attendees, speakers and BMI executives. The Baytown, Texas native first burst on the scene as a finalist on season 2 of The Voice, and has had numerous songs top the country charts. Her latest single “Tailgate” was just released to radio.