Posted in MusicWorld on July 26, 2010 by Jon Burlingame 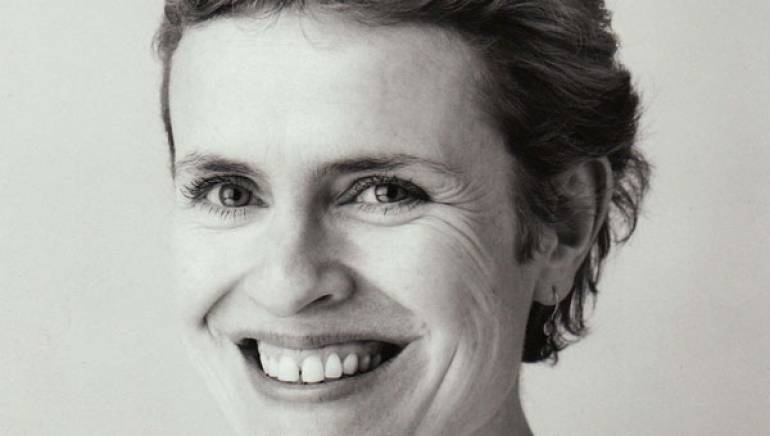 On May 19, English composer Rachel Portman became the first female honoree in the 25-year history of BMI’s Richard Kirk career achievement award. “It’s a huge honor to be the first woman,” she said that evening, “but I hope I’m the first of many.”

In fact, notes Portman – who also happens to be the first woman to win an original-score Academy Award, for Emma in 1996 – “I never think of myself as a female composer, just as a composer, when I write.” For Portman, the issue of gender is irrelevant when it comes to making music.

And she may be right: In a quarter-century of working in an undeniably male-dominated profession, she has consistently beaten the odds, with two other Oscar nominations (for the wistful music of The Cider House Rules and the sweet confection of Chocolat), two Grammy nominations (for both those scores) and an Emmy nomination (for her poignant, nostalgic music for last year’s acclaimed Grey Gardens).

And just a few months ago, Portman received the Order of the British Empire for “services to music” – scores that have included the lyricism of Mona Lisa Smile, the circus-like rhythms of Benny & Joon, the quietly moving strains of Marvin’s Room and the elegant, classically styled sounds of The Duchess.

“I like working on subjects that have heart,” she explains. “I’m equally drawn to the unusual and the eccentric and the bold, but heart is probably the biggest factor.” That quest has also resulted in a surprising diversity of music, from the ethnic flutes, percussion and African children’s choir of Beloved to the exotic colors of authentic Chinese instruments in The Joy Luck Club.

Director Wayne Wang (for whom Portman scored The Joy Luck Club, Because of Winn-Dixie and other films), says he keeps coming back because “she focuses in deeply – she’s very intense, very responsible and conscientious – and yet there’s a child-like quality about her that frees her to look at [any film] in a very open way that touches your soul.”

Doug McGrath, who directed Emma and Nicholas Nickleby (both with Portman scores), appreciates the composer’s character-driven approach. “She can write a lush melody that could play over anything,” he says, “but what’s really great about her is that she writes an intelligently felt and specific score to the people in that story and what they’re going through.”

And, he adds, Portman has an additional quality that eludes many composers: “She can write a score that has wit – not jokey, but with a great understanding of humor.”

Director Robert Benton, for whom Portman conceived the cascading piano-and-strings melancholy of The Human Stain, puts it this way: “Rachel’s scores are extraordinarily simple and deeply complex at the same time. They manage to seem inevitable and effortless, and yet they are so rich and dense and beautiful. Without illustrating the film, they deepen it and give a kind of resonance to it. They write the picture I wish I’d written.”

Born in Haslemere, Surrey, Portman attended Oxford University where she studied under a professor who pooh-poohed her old-fashioned notions about melody. That drove her to the theater department, where her tuneful music was welcomed. Eventually she wound up scoring a small film produced by David Puttnam, and she never looked back. Work in British television, and on Jim Henson’s fairy-tale series The Storyteller, led to a career in features.

A few years ago, her love of writing for voice led her to step away from films to write a children’s opera based on The Little Prince, which opened in Houston and later played on PBS; and an oratorio about climate change for London’s Proms called The Water Diviner’s Tale. More recently, she tackled a full-blown stage musical based on Little House on the Prairie, which is now on tour throughout America.

Now back in the film arena, she has just recorded a haunting score for Never Let Me Go, a Fox Searchlight thriller starring Carey Mulligan and Keira Knightley slated for release this fall.

“I’ve always enjoyed challenges,” she says, “and if it hasn’t been stepping out of my comfort zone to write music for a scary movie like ‘The Manchurian Candidate,’ it was to dip my toe into the classical world to write an opera. I just wanted to broaden my experience. I’ve really learned a lot, and it’s interesting how it makes me feel about film. It makes me love and adore film more than ever.”