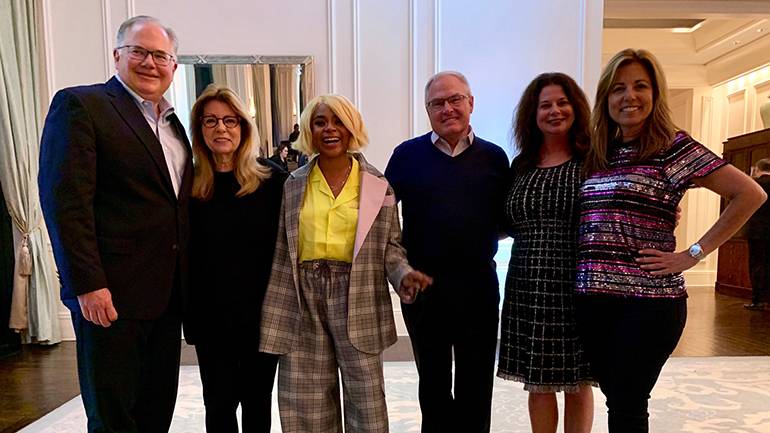 The Radio Advertising Bureau’s (RAB) fall board meeting, held recently (10/15) at the St. Regis in Atlanta, GA, was highlighted by a performance from BMI singer-songwriter Tayla Parx. The GRAMMY-nominated, Atlantic Recording Artist performed in front of radio leadership of some of the top radio groups from across the country including Hubbard Radio, Cox Media, Entercom and Beasley Media. Parx became the first female songwriter to have three simultaneous top 10 songs—“7 Rings” and “thank u, next” (Ariana Grande) and double-platinum “High Hopes” (Panic! At The Disco) — in the Billboard Hot 100 since 2014. Parx notably penned six songs on Grande’s smash hit thank u, next album. She also had four cuts on Janelle Monáe’s Dirty Computer, which received a GRAMMY® nomination for Album of the Year.

In addition to writing for other artists, in March of this year, Tayla released her full-length debut, We Need To Talk, which was driven by the singles “I Want You” and ballad “Easy.”