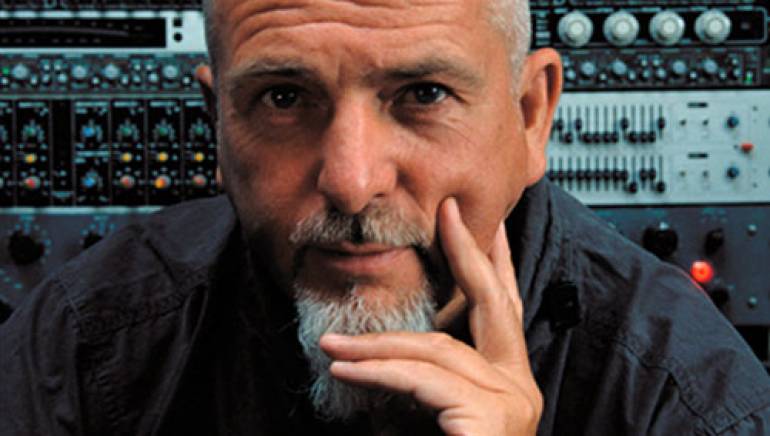 Songs such as “Solsbury Hill,” “Sledgehammer” and “Shaking the Tree” would alone be sufficient to mark out Peter Gabriel as one of the most significant cultural icons of his generation.

Yet, they represent only one facet of his groundbreaking vision. He’s been a pioneer of music video and a tireless crusader for human rights. He was among the first to discover world music and incorporate its rhythms into his work. And his spectacular live shows have long been legendary for their theatricality.

His influence can be heard everywhere. From contemporaries such as former Genesis colleague Phil Collins through Kate Bush and on to the sharp, intelligent, contemporary rock of groups such as Elbow and The Editors, there is hardly anyone who has not in some way been inspired by his creative spirit.

Almost from the start, when he formed Genesis at school in 1967, it was evident that Peter Gabriel was not your average three-chord rock & roller.

It was the era of prog-rock and with Genesis he made some of the most complex, clever and audaciously experimental music of the time. By 1972’s Foxtrot, the album that elevated Genesis from underground cult status to mainstream commercial success, Peter Gabriel represented everything that was genuinely progressive about prog-rock.

Albums such as 1973’s Selling England by the Pound and 1974’s The Lamb Lies Down on Broadway were even bolder affairs, yet at the height of the group’s achievements, in 1975 he left to launch a solo career that would prove to be even more successful.

Away from Genesis and under his own name, his songwriting grew more subtle and personal as he continued to embrace fresh influences on his music, adding electronic and world beat textures in a prolific profusion of new ideas on groundbreaking songs such as “Solsbury Hill,” “Biko,” “Here Comes the Flood,” “Shock the Monkey” and many more.

His first four albums were all confusingly eponymously titled but by the time he started giving his releases proper names with 1986’s So, they had made him one of the world’s biggest-selling solo acts. So became his most successful album to date, driven by such hits “In Your Eyes,” “Big Time” and “Sledgehammer,” the latter blessed with an innovative video that was the most-played clip on MTV for many years.

In recent years, the releases have become less frequent. There was a six-year wait for 1992’s Us and then a further decade went by before 2002’s Up, an album culled from 150 songs and recorded across four different continents.

By then making records had become only one aspect of realizing his vision.

In 1982, he started the WOMAD festival to give a platform to artists from around the globe. Five years later he launched the Real World Records label with a similar objective.

His work for human rights found him co-headlining two Amnesty International world tours and in 1992 he helped to establish WITNESS, a program to provide activists with video cameras and computers to document civil rights abuses around the world.

His many honors include the Nobel Peace Laureates’ “Man of Peace” award and designation as a BMI Icon.