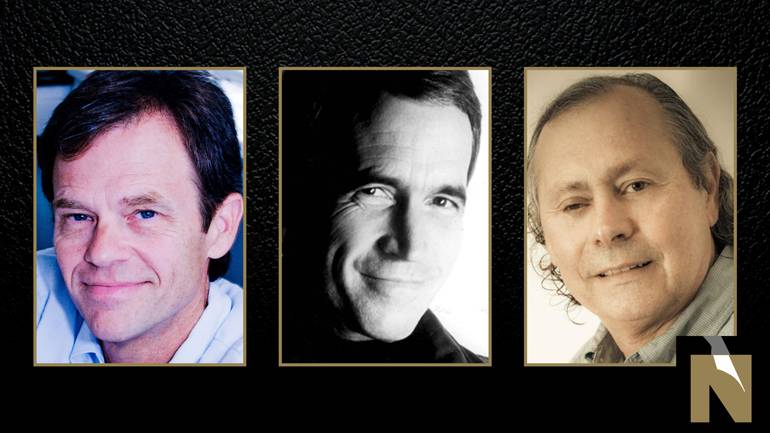 Legendary BMI songwriters Paul Craft and Tom Douglas earned their due when they were inducted into the Nashville Songwriters Hall of Fame during its 44th anniversary celebration on October 5, 2014, at the Music City Center in Nashville. The evening featured performances of the inductees’ most popular works by many notable artists including Bobby Bare, who sang Paul Craft’s well-known hit “Dropkick Me, Jesus,” while Thomas Rhett sang a medley of “Hank Williams, You Wrote My Life” and “Brother Jukebox.” Britt Ronstadt gave a moving performance of Craft’s “Keep Me From Blowing Away.”

Tom Douglas’ hits were also highlighted when Collin Raye sang “Little Rock” and Allen Shamblin performed “The House That Built Me.” Tim McGraw closed the set with a touching rendition of Douglas’ “My Little Girl.” In his acceptance speech, Douglas read a letter he wrote to aspiring songwriters, giving inspiration to the next generation of talent and encouraging them to continue to hone their craft. Listen to it here.

During the evening, the Nashville Songwriters Association International (NSAI) also awarded its Songwriter/Artist of the Year crown to BMI songwriter Jack White, whose most recent album Lazaretto debuted at #1 on the Billboard charts when it was released in June of this year.

In addition, each year, the NSAI presents the Frances Williams Preston Mentor Award, named for BMI’s late long-time President and CEO, to a member of the music community who has shown his or her dedication to developing young singers and songwriters into lasting talent. This year’s winner of the Frances Williams Preston Mentor Award was Pat Higdon. Higdon has a long history in the music business, including the prestigious positions of vice president of MCA Nashville, director of creative services at Warner Bros. Nashville and president of Universal Music Publishing Group.