Posted in MusicWorld on September 24, 2010 by Bruce Britt 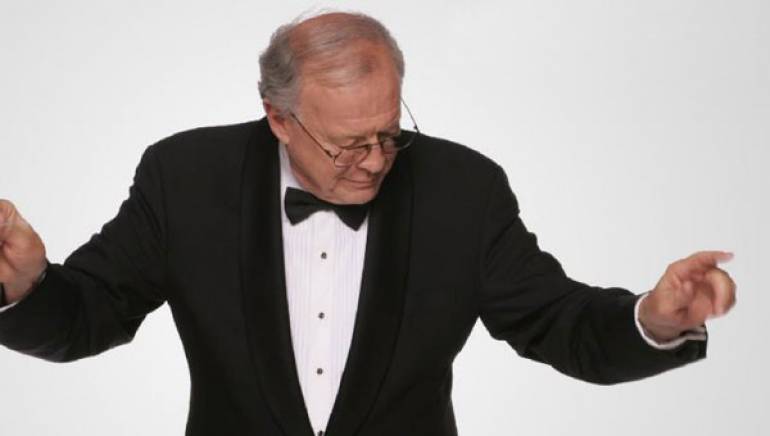 As a boy growing up in the early 1940s, Patrick Williams would drift to sleep listening to lullabies of a bolder sort: the high-kicking jazz orchestra recordings of bandleaders like Count Basie, Tommy Dorsey and Jimmie Lunceford. “My parents would leave me in the crib with these big band records playing,” Williams says. “My mother will tell anybody who’s within earshot, ‘We never had to get a babysitter for Pat, we just had to put him in the crib with those records.’ I literally grew up with the big bands.”

“I wanted to do something that was certainly part of the big band tradition, but I wanted to try and put my own stamp on it,” Williams says of his new album. “So I enlarged the band. Instead of the usual eight brass, five reeds and rhythm, I added four French horns and three percussionists. It gives the band a little different sound. It’s very powerful. There are more things that you can hear in terms of the different colors of sounds as the album progresses.”

For Williams, Aurora marks the most recent twist in a distinguished career. A renowned Hollywood composer and arranger, he has written scores and themes for a variety of feature films and classic television series including The Streets of San Francisco, The Mary Tyler Moore Show and Columbo, along the way capturing Grammy, Emmy and Cable Ace awards. But even as he was cementing his scoring and soundtrack credentials, Williams’ affection for swing music never wavered.

Aurora was produced through a partnership with ArtistShare, the innovative web upstart which allows independent musicians to fund their projects outside of the traditional recording industry model. Aurora was largely underwritten by philanthropist/filmmaker Sidney Kimmel.

“It was heavy duty artillery,” Williams said with laugh, recalling the personnel and the recording sessions. “We just locked ourselves up at Capitol Studios for two days and took care of it.”