Posted in MusicWorld on April 12, 2010 by Craig Shelburne 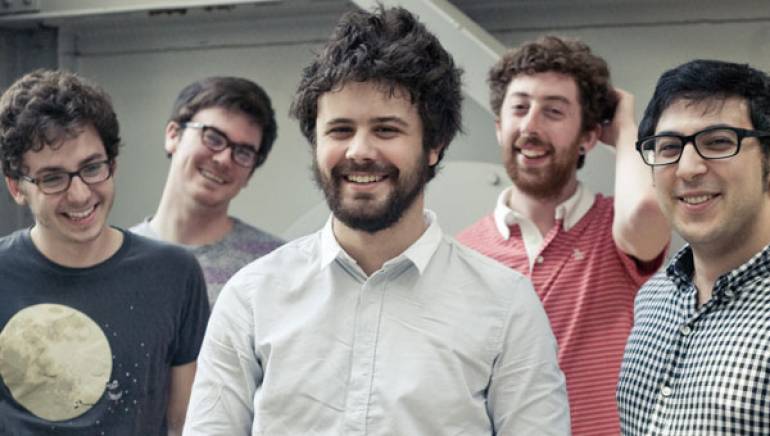 With buoyant melodies and an undeniable groove, Passion Pit can make you sweat on the dance floor, but good luck if you’re trying to sing along. It’s incredibly challenging to decipher precisely what frontman Michael Angelakos is writing about. With a distinctive falsetto and lyrics he describes as “extremely, extremely cryptic,” he insists that ambiguity is exactly what he wants.

“When I go online and look at anything written about us, I like to look at lyrics pages and see how people interpret lyrics to my songs, or what they think I’m saying. They are always so completely different from what I’m actually saying. That right there is what a writer dreams of,” he says while apartment-hunting in New York City, after relocating from his longtime base in Boston. “We have people who want so badly to be understood correctly, and there are others who want to be misunderstood, who want people to take it for what they want it to be. And I prefer that. I live on that.”

Musically inclined as a child, Angelakos says he later “battled with a lot of personal issues,” leading to a songwriting lapse when he was around 19 years old. But once he figured out the fundamentals of composing music on a computer, the creative spark was reignited. Inspired to record “an apology/love letter” to his then-girlfriend, the low-key project evolved into an EP, prompting blog buzz, a sold-out show at the Bowery Ballroom in New York City, and finally, a full-length album, Manners.

With a relentless tour schedule, Passion Pit has rehearsed only once since mid-May. Yet, the dynamic of the live show skyrocketed when Angelakos decided to step out from behind his synthesizer to work the crowd on popular tracks like “The Reeling” and “Sleepyhead.” And when the words are enthusiastically sung back to him, he believes the dense sonic layers on Manners are captured– even when the lyrics aren’t quite right.