Posted in MusicWorld on December 29, 2009 by Stephen McElroy 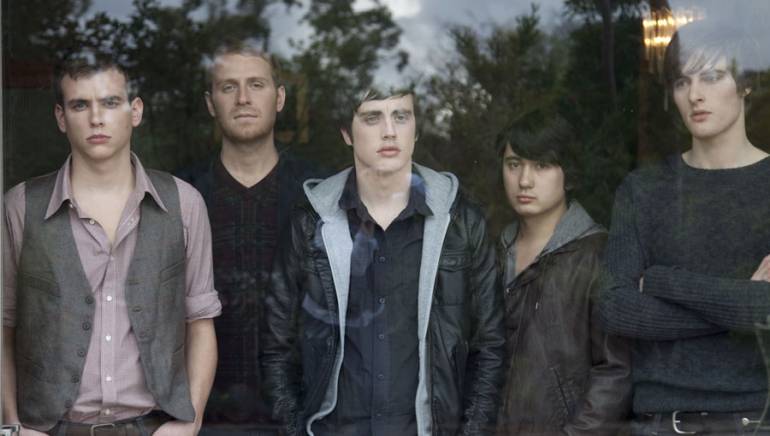 Tune into any top-40 radio or music-video station and there’s a good chance that you’ll catch the infectious melodies and reverberating choruses of Parachute, a band of contemporary rock virtuosos whose popularity is mounting.

Their debut single, “She is Love,” has propelled healthy sales of their new album, Losing Sleep, whose May release coincided with a nationwide tour that paired Parachute with other successful enterprisers like Three Doors Down and Secondhand Serenade.

Hailing from Charlottesville, Virginia, the men of Parachute have been perfecting their blend of rock, pop, and soul since their days together in high school. Along with import lead-guitarist Nate McFarland, who joined forces with the group when they were at the University of Virginia and still playing under the moniker Sparky’s Flaw, Parachute includes founding members Will Anderson, Kit French, Alex Hargrave and Johnny Stubblefield.

Anderson, whose lyrics, vocals, and piano drive Parachute’s unique catalogue of catchy tunes and sweeping ballads, confirms that their success and constant touring haven’t hampered the group’s unified dynamic. “It helps to travel the country with friends,” says Anderson, whose genuine love for writing songs and performing has led to his having what he calls a “surreal feeling” in response to watching the demand for Parachute’s music swell.

That demand was ushered by a fortuitous proposal from lotion company Nivea, who featured “She is Love” in a television ad earlier this year. “It was our first real foray into the national spotlight,” explains Anderson. But the song that has become a hit wasn’t originally intended to be a single. “It wasn’t even in contention,” he says, quickly calling the unexpected change of plans a “no-brainer.”

A foolproof plan comprising steady touring and grassroots cultivation promises to keep Parachute’s music in the fore — and offer plenty of additional opportunities for serendipity to step in along the way.