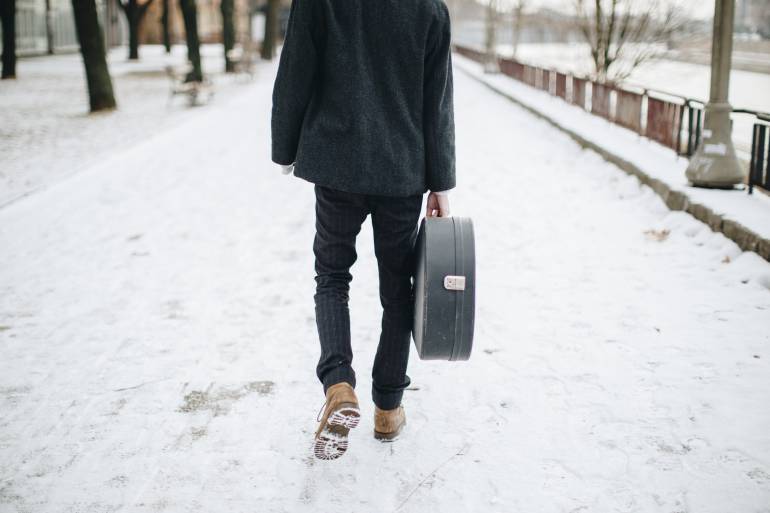 I have a suspicion that almost all creative people come pre-loaded with self-doubt. It seems to be part of the artistic mentality and is reinforced by the messages we receive that tell us the chances of achieving our dreams are about the same as hitting the lottery twice in the same day. In some instances, naysayers are hoping to protect us from the struggle, rejections, and disappointments that are so often part of songwriters’ and recording artists’ journey. But regardless of the intentions the message is clear: “You won’t be successful.”

It’s true that most people who hope for a #1 single will never see their names on top of the charts—but some of them will. Those who attain success are not oblivious to the challenges, but they are willing to work hard to overcome them. Let’s look at some of the roadblocks I most often hear about—and the ways to get through them.

I work a day job, have responsibilities, and don’t have enough time…

Yes, it is difficult and frustrating to have to earn a living and attend to other responsibilities while pursuing a creative career. But it is doable. You might allot a couple of hours two evenings a week and on Saturdays to go to a coffee shop and work on your craft. You could wake up early and carve out an hour or two to devote to your artistic pursuit.

Make appointments with yourself and honor them and/or set up cowriting sessions or recording sessions. We cannot create more time, but we can make creative pursuits a priority and find ways to honor our dreams and gifts.

If your goal is to have artists (other than yourself) record your songs you don’t need to be able to sing, but you do need to find a way to get your melodies out of your head. Unless you are tone deaf, it is likely that you can sing the melody you envision well enough for a demo singer to learn it. Software can tune even the worst vocal and can shift an incorrect note to the one you intended. If you are unable to even come close to expressing a melody you can collaborate with someone who is able to do so.

If you are writing or performing Americana music, folk, jazz, and some additional genres, age is not as big a factor as it tends to be in more mainstream styles. Whatever your age, your recordings might work for sync licensing, which is a growing market. When audiences hear music accompanying a TV show or movie, they neither know nor care how old the artist is or how he or she looks. Similarly, there is no age limit for those who write hits for other artists.

I don’t play guitar or piano…

The ability to play an instrument—and the ability to craft hit melodies—are two distinct skills. Lots of exceptional musicians are not strong melody writers—and many terrific melody writers are not proficient musicians. Some successful writers contribute only lyrics, while others—known as topliners—write melody and lyrics to an existing musical backing track.

If you are unable to play the chords to support your melody you can engage someone to do this for you. It is crucial to clarify upfront whether this constitutes a collaboration or you are paying a fee for someone to figure out and play the chords you hear in your head. This determination will vary depending on your location and genre of music. Being able to play a musical instrument and create or program musical tracks are beneficial skills for any songwriter to possess—but they are not mandatory for songwriting success.

I don’t live in a music center…

Networking is undoubtedly an important part of the success equation, and there are more opportunities for collaboration and interacting with music business pros in cities such as Los Angeles, Nashville, New York, and Atlanta. But there are songwriters who have created and sustained a career without being based in any of these locations. You can benefit from well-timed visits to a music center, during which you can attend conferences, workshops, retreats, and song camps. Collaborations started during these trips can continue via the Internet.

I have no money to produce demos

When my idea of success was to be able to afford a McDonald’s Happy Meal, spending money to record demos was out of the question, but I knew I needed recordings of my songs in order to pitch them and pursue collaborations. My solution was to write with writers who owned home studios. In some instances, we called out favors from friends who were singers and musicians; other times we played and sang ourselves. Several times I served as the guinea pig that students recorded while learning how to become audio engineers. Admittedly, the resulting recordings did not sound as good as those I produced with professionals years later. But they were the best I could do at the time and they brought me closer to my goals.

Remember: every successful songwriter and recording artist had obstacles to overcome. When we look for reasons why we cannot be successful, we will be sure to find them. Conversely, when we commit to finding ways to surmount our obstacles, that is what we will find. Identify the impediments to achieving your goals then make the decision to overcome each one of them. Sometimes our beliefs are our biggest impediments to success.