BMI caught up with touring titans Rascal Flatts at the band’s show in front of thousands Thursday, September 18 in Louisville, Kentucky. In addition to care packages, the guys received a load of shiny BMI no. 1 award cups, reflecting their consistent domination of the charts. 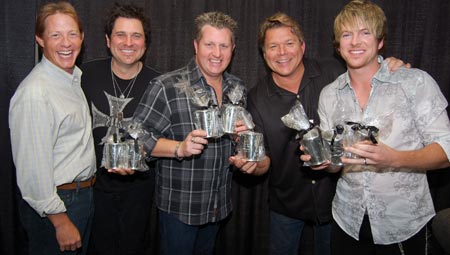