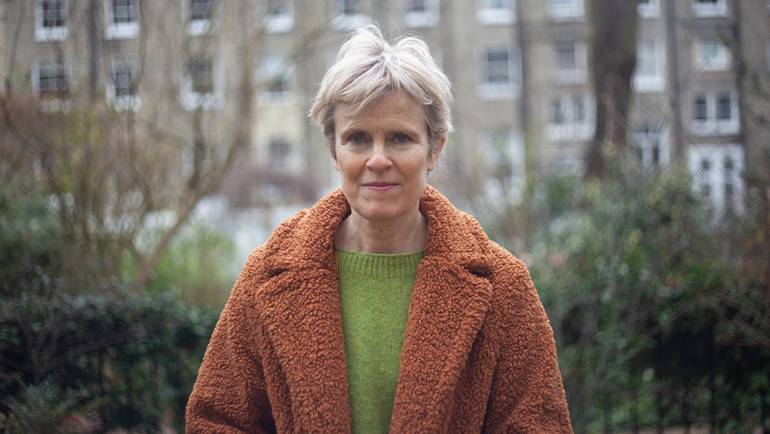 One of the first female composers to win an Oscar (for the film Emma), Rachel Portman’s career careened toward success and hasn’t slowed. With two more Academy Award nominations for The Cider House Rules and Chocolat, which also earned her a nod from the Golden Globes, Portman’s work includes film, TV and theatre projects such as Manchurian Candidate, The Legend of Bagger Vance, Benny and Joon, Never Let Me Go, Bessie, the musical adaptation of Little House on the Prairie, as well as an opera of Saint Exupery’s The Little Prince. And as if that weren’t enough to fill her impressive resume, Portman also collaborated with acclaimed author Michael Morpurgo and the Royal Liverpool Philharmonic Orchestra and youth chorus to write the Christmas carol We Were There, while her commissioned work Endangered, was performed at the World Environment Day Concert in 2012. In addition, her dramatic choral symphony, The Water Diviner’s Tale, was commissioned for the BBC Proms concerts. An appointed Officer of the Order of the British Empire (OBE) in 2010 and an honorary fellow of Worcester College, Oxford, now Portman’s embarked on a new project, a mesmerizing CD entitled ask the river.

Although not a work of visual media in the traditional sense, listeners of ask the river, which will be released May 8 on Node Records, can’t help but be drawn into visions of nature in all its breathtaking forms, even without the inspiring videos that accompany the pre-released singles, “leaves and trees” and “much loved.” Intrigued by this change of direction, BMI asked Portman to explain how it all fits in so remarkably. Here’s what she said.

You’ve written scores for more than 100 films. What made you want to branch out to create a CD of non-visual media work and why now?

ask the river is the culmination of a deepening interest in nature and the environment over the past many years. I love writing music for films and the stage, but am also drawn to writing for the concert hall where I have a greater freedom to express myself musically. I wanted to put together an album of music that invites the listener to immerse themselves within the branches of a tree, or grasses or a flowing stream. I believe we are not separate from our natural world - it’s part of us and this is in a way a response to that belief.

The project, ask the river, is inspired by the natural world, and the instrumentation of piano and cello perfectly captures the mood and makes each piece seem seamless. Did the music just flow out that way or was there a bit of rewriting that is now undetectable when taken as a whole?

Without a text to set or a film sequence to accompany, I had to delve into my own resources to find a language for each work on the album. Some pieces flowed more easily than others. I spent a lot of time reworking some of them until they felt they were complete. One of the hardest things is wanting to express something simply and having the intuition to know when it feels right, when less is more or more is less.

How has putting out your CD changed you as a composer?

One of the things that is new for me is having performed the album on the piano myself. I enjoyed the challenge of recording my own work, something I haven’t done before even though I spend many hours each day sitting at my piano. I hugely enjoyed not only the writing but the whole idea of creating an entire album and putting it out there on a theme I care deeply about.

You received an Oscar for the adaptation of Jane Austen’s Emma and also collected nominations for the scores to The Cider House Rules and Chocolat. What type of film haven’t you done that you’d like to work on?

Good question! I would love to score a female-driven western.

You’ve also done TV, including the music for the HBO television feature Bessie, which earned you a Primetime Emmy Award. How does the process of going from film to TV and back again affect your process as a composer?

Essentially, it’s the same from a creative point of view, writing music for film or television. The scope of the music is often wider on film and the schedules longer with less fast turnaround than TV, however, there are always exceptions. My process is the same for both - immersing myself in the scenes and the subject.

You’ve blazed a trail for women film composers as one of the first female composers to win an Academy Award in the category of Best Musical or Comedy Score, as well as being the first woman to win the Richard Kirk Award at the BMI Film and TV Awards. Tell us about that process. When you started out, what were the hurdles for women composers and what are they now?

Thank you. I really haven’t ever thought of myself as a female composer, but rather as a composer. It never occurred to me I was one of the only women composers in film when I started out. There is still a huge imbalance in the industry when there are many, many greatly talented women composers of film music around now. I hope it becomes more and more the norm to see women credited as composers in film and TV in the future.

What is the most useful advice you’ve received about being successful?

With any amount of success comes more pressure. I guess the most useful advice I received was to remain true to what I want to write, and to take time to be with my family and in nature even though I have to work long hours.

How are you using your time during the pandemic? If there is one thing you’ve learned from this experience, what would you say it is?

I am very fortunate in being able to be in the country during the pandemic. I have watched all the leaves opening out this Spring and time has slowed, life has become more simple. I would like to hold onto that quality of life when we come out of lockdown.

I have a couple of films I’m going to be scoring this year. They are a far cry from ask the river!

How has joining BMI impacted your career?

I have been fortunate to be with BMI throughout my career and have been beautifully supported by them.