Posted in MusicWorld on January 18, 2012 by James Wells 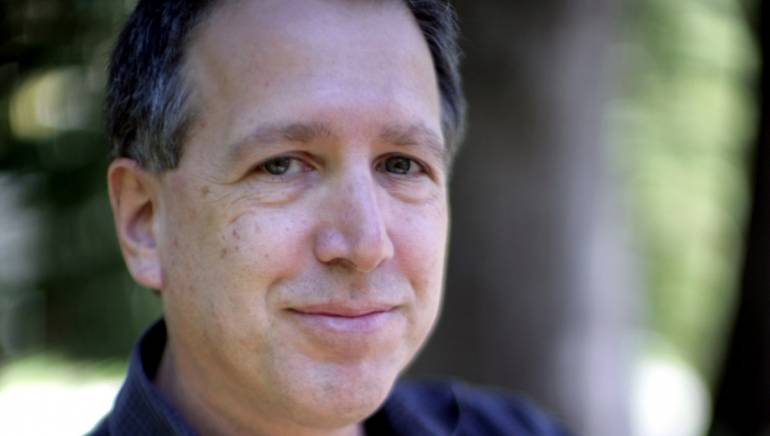 If Peter Golub were much in love with vanity (and he isn’t), he could boast of a musical career as distinguished, varied, and influential as any almost any artist working today. “I got pulled into writing incidental music for the stage,” Golub recalls when reflecting on his concert music roots and musical contributions to now more than 100 plays. He has also composed four ballets and quirky musicals with the likes of the late macabre author and illustrator Edward Gorey before moving primarily to film.

His important work includes documentaries such as Countdown to Zero, a terrifying account of nuclear proliferation, and Outrage, an exposé of the hypocrisy of Congress’ most vocal gay rights’ opponents. With James Newton Howard, Golub composed the moving score for Denzel Washington’s stirring film The Great Debaters. He also provided music for Courtney Hunt’s critical hit Frozen River, which won the 2008 Sundance Grand Jury Prize.

His current project, Black Rock – directed by Katie Aselton with a screenplay from Mark Duplass – is an artistic horror film in the vein of Deliverance, premiering at Sundance this month. Golub recounts how in the same way “the film is a genre film that goes somewhere else,” they tried to impart “an edginess” to the score by laying “distorted guitar and processed piano sounds” over the orchestral music typical for horror films.

In addition to his dazzling résumé as a composer, Golub has made a singularly profound impact on the world of film and music during his twelve years as director of the Sundance Film Music program, which annually hosts two composing labs, one for fiction and the other for documentary films. This unique initiative awards fellowships to “six amazing composers” and “gives them a certain breadth of experience while they are there.” The labs pair the fellows both with mentors selected from some of the most accomplished composers in the field and with filmmakers taking part in the Sundance Institute.

Although we’d expect such experience to be life-changing for the composers, Golub is quick to point out that the lab “is a learning experience for filmmakers as well,” who often “don’t know much about music” – only that they need it to flesh out their films. Golub also points out that the lab constantly reminds composers let the film lead the music as well, “especially with independent films,” where “there’s a kind of ambiguity as to the musical tone that is often very important.”

The dedicated mentor’s own understanding of contemporary film music also deepens thanks to his constant interaction with the next generation. In These Amazing Shadows, a recent documentary about the National Film Registry and the works included in this archive, Golub showcases that knowledge of and appreciation for the history of music and film. Instead of using those films’ original music, Golub’s score pays homage to the musical work on which so many modern film scores build.

The music for These Amazing Shadows is informed, inspired and tastefully in the service of the film. Golub shrugs off such praise: “I’ve been lucky to work on films that really matter.”